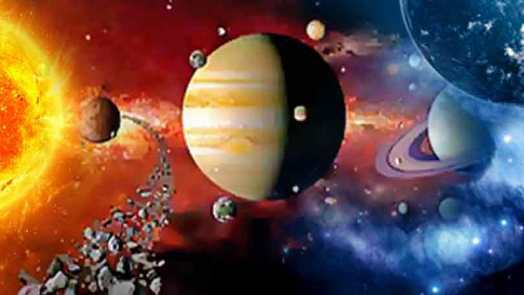 The Horoscope of an individual is divided into four quadrants. This is as told before in the last article on Angular Houses. Each quadrant starts with an Angular House, followed by a Succedent House, and then ends with a Cadent House. As a result, Cadent Houses are generally considered to be less effective. They are also considered to be less productive in one’s horoscope. The planets located in the Cadent Houses are also less powerful.

There are four Cadent Houses in Astrology. They are namely,

Let’s take a detailed look into each of these houses.

Mercury is the natural significator of the Third House. Gemini is the associated Zodiac Sign. In Vedic Astrology, it is known as the Sahaj Bhava. It talks about one’s relationship with their siblings. The person’s intellect, interests, and inclinations are related to this house. It tells about how we used our own resources. The influence of this house also spans the different modes of communication. This includes telephone, TV, radio, social media, etc. The Third House rules over the mental perception, insight, and pace of learning of the native. A person’s communication skills are the major aspect of the third house.

It represents the change of residency and the desire to attain peace. The Third House indicates all negotiations, contract signing, and documents. If you give a detailed analysis of this house, it can predict the personal achievements of the native. As a result, it can lead to the evolution of the person. The body parts in the upper body are associated with this house. These include arms, ears, and collarbone.

The natural significator of the Sixth House is Mars. Virgo is the Zodiac Sign associated with this house. It is also known as the Shathru Bhava. This house represents the health of the individual. It tells about the potential and performance of the person. The performance in both personal and professional life. The Third House also deals with the health of a person’s diet. This house indicates the self-discipline and self-confidence of the native.

But, many a time, this house deals with negative aspects of the individual. As a result, it is called ‘The House of Misfortune’. It is connected to illnesses and diseases. The various obstacles, challenges, and suffering are due to the Third House. This house also relates to slavery. It also talks about our fears and whether we can overcome them. Mars’ strength is magnified in this house. Being a malefic planet, it can lead to your adharmic actions and bad karma. The stomach, digestive tract, and small and large intestines are the associated body parts.

Jupiter is the significator of the Ninth House. Sagittarius is the Zodiac Sign of the Ninth House. It represents dharma, karma, morals, and values. So, it is called the Dharma Bhava. Spiritual interest and ethics are due to this house. It talks about how the native deals with the general principles behind all things. This house indicates the present fortunes due to past karmic acts. This house also gives the native a philosophical bent of mind. It deals with his/her philosophies. It talks about how a person is generous towards charity, Dhaana.

Unlike the third house which deals with short trips, this house deals with longer trips. Trips may require overnight stays and many days’ travel. The Ninth House also talks about the relationship with the person’s father and guru. It also talks about the native’s inclination towards the unknown and higher truths. The Third House talks about one’s resources whereas the Ninth House is the opposite of it. It talks about how he/she uses other people’s resources. One’s glutes, posterior thighs, and back legs are the associated body parts.

The planet Saturn is the natural significator of this house. The Zodiac associated with the Twelfth House is Pisces. The Twelfth House is also known as the Vyaya Bhava. This house talks about how humble the native will be. It also tells about his/her compassion and intuition. The actions that a person does without expecting anything in return are determined by this house. If the native wants to get into the field of law enforcement and anything of that sort must take a look into the Twelfth House. It also deals with the person becoming a healthcare professional, spy, and philanthropist.

But, this house also stands for many undesired values too. It is related to many problems, enemies, and troubles. It also brings out the secrets that can destroy the person. The Twelfth House represents the events from past births and past karma. It also brings about many mental illnesses and weaknesses of the native. Things we don’t want to show others and that we wear a mask on are determined by this house. The Twelfth House is strong can lead to isolation and depression. The native’s teeth left eye, and feet are the associated body parts of this house.

If you liked reading about Cadent Houses, do check our article on Angular Houses

Comparison of Significance of the Seventh and Eighth Houses
Views: 4909

Third and Sixth Houses in Astrology- Similarity and Differences
Views: 2294

Significance and Comparison of The First and Second Houses in Astrology
Views: 1642

Best to Worst Speakers According to Zodiac Signs
Views: 10516