Country To Visit According To Your Zodiac Signs 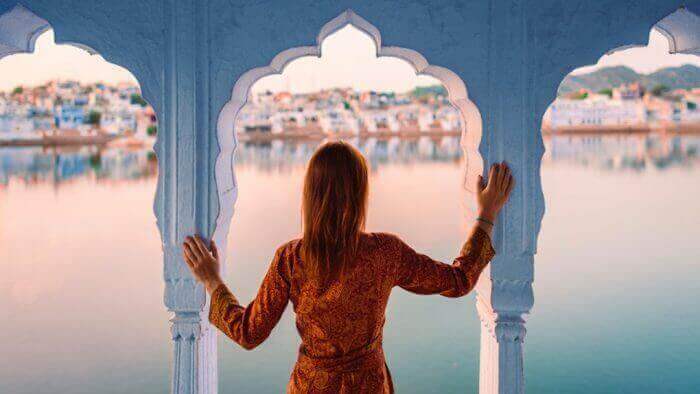 Country according to distinct zodiacs is often different. Below is a list of all zodiac signs and their preferred destinations to travel.

Aries, the first sign of the zodiac has much to do with being bold and daring and when you think of Aries, who better than RUSSIA !  Russians are bold, mad and completely badass.

Be it their soldiers (which are some of the toughest in the world) or their general population: They are just born that way!

These guys and gals RUN on Vodka and brawl on the streets for sports and keep the local bears as pets. The spirit of Never backing down from a fight, protecting their loved ones and being kind to everyone – That is the SLAVIC way.

When you think Taurus, you think ITALY. Tauruses love two things in life: Food and comfort. And Italians, as we know, are passionate for their pasta, fine wines, and finer living. It is a beautiful country with a perfect balance of ecology and man-made marvels.

Ruled by Venus, the planet of all things beautiful… art, fashion, music. It has given some big names to the world such as Versace, Armani, Leonardo Da Vinci, Galileo and many more.

You can literally see so many places here like Venice, Lake Como, the Pope and never ever want to move somewhere else – a thing which Taurus hates anyway!

Gemini was that one kid in class who gave all the correct answers before the teacher even finished the question. Super-chatty and ever inquisitive, they are the social butterflies.

They can never sit still for long, so a perfect place for them would be U K. Its capital, London is the world capital of Public Relations and also the birthplace for the BBC.

The UK is also home to some of the most prestigious world-class universities such as the University of Oxford, London School of Economics, University of Manchester etc, making it perfect for a brainy Gemini. One more thing Geminis are known for is their brilliant wit and humor. The comedic genius Sir Rowan Atkinson, aka our beloved Mr. Bean, hails from there.

The emotional, moody crab.. always nice to everyone, loves the comfort and being surrounded by their loved ones. The only place for such precious souls should also be one of the nicest countries in the world. CANADA! Yes, the country might be cold but the people are warm and friendly.

Perhaps that is why it has so many immigrants! Cancer, a water sign is associated with medicine. (Penicillin was discovered in Canada!) Be it mental health or physical, they just wanna make sure everyone’s okay.

That is why Canadians invest so much in psychologists and therapists. Next time you’re feeling emo, just snuggle up in your blanket Cancer, have a bowl of comforting Canadian poutine and relax with a match of hockey!

Aah.. these kitties like to live it BIG and the biggest and the most extravagant ones are living it up in UAE! A filthy rich country due to its oil resources, those who live here are nothing short of kings and queens and Leos, of course, are the natural rulers of the zodiac.

Everything a fun-loving Leo could possibly ask for; Royalty..gold..vast deserts…expensive resorts..fancy skyscrapers (Hello Burj Khalifa!) or just maybe a personal racing track: the country has it all !! Leos often get a bad rep of being a little too proud but Hey! Who wouldn’t be proud of living here?!

The modest little Virgo… This sign is often overshadowed by others (Think: Leo) and not given the respect it deserves for its extremely hardworking, caring and intelligent nature.

Much like a Virgo, the country INDIA is also known for its hardworking population: be it a rickshaw puller earning his daily wage or a Doctor seeing hundreds of patients every day.

Speaking of doctors, India is home to many alternative practices of medicine such as Ayurveda, Homeopathy, Herbal sciences, Yoga, etc: all of which fit with the Virgo ideology of purity and healing from within.

Ironically, it is not a very pure country, both literally and figuratively, but that’s the thing with Virgo…it likes to chase perfection and always keeps working towards it!

Libra – The Beauty with Brains. All they want in life is love. And balance. And to be balanced in love. So, FRANCE, the cliched but true “romance capital of the world” would give the libra heart peace.

A country with lip-smacking gourmet cuisine, awe-inspiring artistic finesse and home to big shots of the fashion world..such as Coco Chanel, Louis Vuitton – Which libra wouldn’t die to live here?

But don’t underestimate a libra for just a shallow creature as they are also incredibly intellectual! The French were, in fact, the first among many to talk about gender equality and women’s rights (Remember, Libra is all about balancing the Scales!)

A Scorpio’s heart is locked tightly and very hard to reach… Almost frozen you could say, just like the breathtaking picturesque country of ICELAND! The Land of Fire and Ice, as they call it, is very fitting with the Scorpio personality.

A Scorpio may appear cold as ice but it is simmering with turbulent emotions underneath. Interestingly enough, Iceland has some of the world’s most number of active volcanoes with boiling lava, glacial waters that could give you hypothermia in minutes but also hot springs and mud baths with incredible healing properties!

Scorpios are tough and resourceful, as are Icelanders – the descendants of Vikings (known to be great traders) they have their own geothermal power supply and have some of the longest average lifespans- 88 years!

Assigning just one country to the wild centaur is difficult as they are THE world travelers of the zodiac. But for the sake of this list, lets put them in AUSTRALIA. A huge country by size just like their huge ruling planet Jupiter.

Australia is diverse both in terms of its people and animals which means a win-win for the social, culturally-curious, animal lover Sagittarius. Speaking of animals, they are quite the wild, party types themselves.

It is known to be the thrill-seeker’s paradise with plenty of blood-pumping activities such as rafting, shark diving, bungee and what not! If that is not enough sometimes you can expect to have a boxing match with the local kangaroo. Sounds fun, eh Sag?!

Capricorns are not often liked but definitely respected by others because of their admirable qualities such as discipline, hard work, patience, honesty.

To succeed in life is their only goal and they most often do! Similarly, the most populous country in the world, CHINA has slowly but surely made its mark on the world and is becoming an economic superpower. Any Capricorn would be motivated to come here and be the next “Crazy Rich Asian“.

Caps value tradition and family life. And centuries-old culture is evident everywhere in China – be it their calligraphy, tea or celebrating the Chinese new year with their family.

Aquarius is often called by weird by the rest of the world but that’s only because their ideas are too ahead of the time for others to understand. But the world catches. Similarly, when the superpower USA does something, soon enough it becomes a global trend.

A truly tolerant and humanitarian nation which is accepting of everybody but bows to no one just like the water-bearer. You can like it, hate it but you can’t ignore it! The reason why it’s so successful is that there is freedom of speech and independent thinking is highly encouraged.

You are allowed to do you! Be it the eccentric Met Gala. Hollywood’s charm or Elon Musk trying to colonize Mars. An Aquarius will feel like home here!

Pisces – the dreamer: They are highly creative souls and drawn to anything artistic.. like Music!

So, the birthplace of reggae and legendary singer Bob Marley, JAMAICA is a haven for the little fish. Pisces is a pretty chilled out sign and if they could, they would do nothing but smoke weed and dream about their (better) future.

Pisceans are drawn to liquids (sometimes addictive ones). Here, they can enjoy the world’s best coffee. Blue Mountain Coffee, the strong Jamaican rum or very literally just chill by the beautiful sandy beaches or swim with their Dolphin cousins at the Dolphin Cove!

Country To Visit According To Your Zodiac Signs
Views: 4131