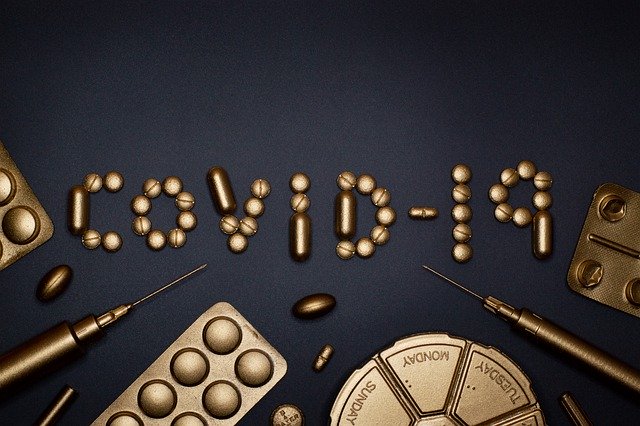 Earlier this week, President of the US, Donald Trump and the President of Brazil, Jair Bolsonaro shared their gratitude for Prime Minister Narendra Modi for sharing Hydroxychloroquine with their countries.

As of 10th April, 16,01,018 people infected and 95,718 people lost their lives due to COVID-19. The rampage is continuing and the infection is spreading across the globe. Amid all the tension and hassle a combatant drug hydroxychloroquine is under the trial as a cure for Coronavirus. Globally, the medication which is being used to cure the symptom is in the highlight.

In addition to this, doctors prescribe it for lupus (inflammatory disorder when the immune system starts attacking its own tissues) and rheumatoid arthritis (swelling & redness of joints).

The effectiveness of the drug is yet unspecified. It is still going through the clinical trial under the World Health Organization. As India is also a part of it, doctors are to follow the protocol to treat Coronavirus patients with hydroxychloroquine. In addition to this, another medical trial the termed “chloroquine accelerator” currently under process. It is funded by Bill and Melinda Gates Foundation along with the Wellcome Trust.

Both trials have researchers working on the project for long hours. Though the jury of hydroxychloroquine is not out yet. People are only praying that the Coronavirus Vaccine trial comes with a positive result soon.

On March 25th, India banned the supply of hydroxychloroquine. India manufactures 70% of the entire hydroxychloroquine globally. Thus, it caused a situation of panic among people across the world. However, on request of the US President Donald Trump, Indian Prime Minister Narendra Modi has reversed the ban on Tuesday. Upon which, Trump Tweeted and expressed his gratitude.

According to the facts, 82% of India’s total hydroxychloroquine is manufactured in Mumbai by the Ipca Laboratories, 8% by Zydus Cadila Healthcare, Ahemdabad and rest by Wallace Pharmaceuticals, Oversees Healthcare Pvt Ltd. and Torrent Pharmaceuticals.

We may call it a Game Changer.

According to a study, the Hydroxychloroquine was significantly efficient in virus elimination. Besides, the study was flagged for lacking enough explanation. Also, it was said to have less scope and a definite conclusion. However, by March 21, Trump had begun to advocate for the drug, even naming it a “game-changer.” This led to panic buying in the US and, as a result, medication shortages, impacting people with rheumatoid and lupus.

Does India Have Enough HCQ to Export?

Indian banned the export of the HCQ on April 4, 2020. However, upon the request of Trump, ban was lifted. Similar to India, the UfS also has a less number of coronavirus cases. Yet, India supported the other country to use HCQ as a primary cure for the symptoms.

Upon the question “does India have enough Hydroxychloroquine“, the Union Health Ministry in a press conference mentioned that India has a sufficient volume of the medication. Many domestic productions are working for the manufacturing of the drug.

Also, you may like reading about PM CARES Fund- Contribution made by Celebrities