Delay in Marriage: Reasons and Remedies 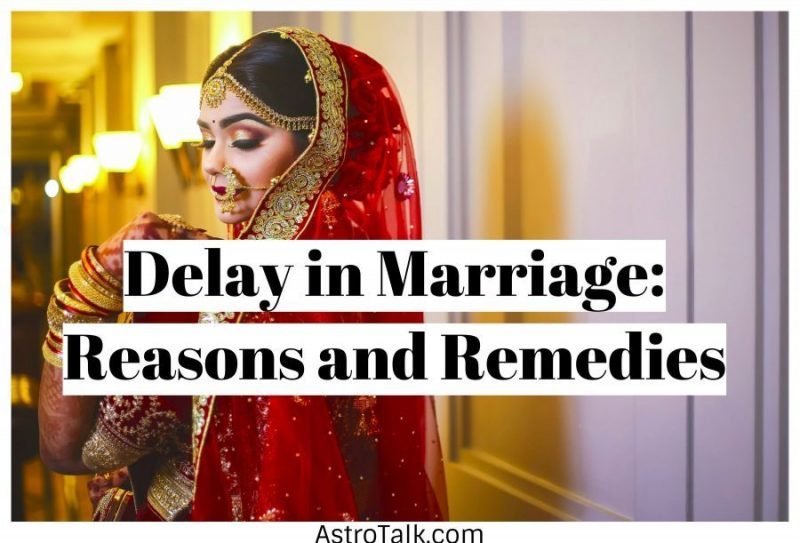 Here, I’ll mention about the Indian households where marriage is the foundation event for families and where weddings are one of the most important occasions in one’s life which is also necessary to occur with any delay.

And when one begets a daughter the responsibility increases numerous fold because the marriage of a daughter is of utmost importance in all the religions and sects in India.

Nowadays marriage is happening late in the metros because of career issues but still in most parts the marriageable age is between 18 to 25, when marriage does not happen around this age then there rises problem and society is full of people to spread negative things about the family. Even the relatives don`t spare the family.

Astrological Answers for the Delay in Marriage

Astrology has all the answers, specifically Indian astrology which is existing even before many religions took birth across the globe. I will not go deep into the mathematics of astrology but will share my real-time experiences about the delay in the marriage of a native be it male or female.

Saturn is the biggest miscreant for this event or for any matter. When Saturn is aspecting the 7th house or the 7th house lord in the Lagna chart or in the Navansha a delay is sure to happen until unless you get a Siddha Purusha who mitigates the karmic laws and blesses with his grace. I will furnish some horoscopes to justify what I have said:

Here, the Saturn is in the 5th house, aspecting the 7th house, the11th house, and the second house. The native marries at 30 which represents a late marriage in Hindu society.

This is the Navansha where Saturn is directly aspecting the 7th house. The native got married at 30, being a Hindu female, this was a delayed marriage.

Here the native is single at the age of 38, Saturn is directly aspect in the 7th house and has interfusion with the 7th house lord, in the Navansha of this native Saturn, is again aspecting the 7th house.

Here again, the female is unmarried at 39, Saturn occupies the 7th bhava and is the lord of the 12th house along with the 11thhouse. The native is still dreaming to get married.

Apart from Saturn, the delay is also caused by malefic planets like Mars, Sun,Rahu, and Ketu. When they have something or the other to do with the 7thhouse or the 7th house lord in either rasi or the navansha delay will be there. See the chart below:

One can see that the fiery planets Mars and Sun are not only afflicting the 7thhouse lord but are also aspecting the 7th house. The native is unmarried at 38.

Sun placed in the 7thn house or Sun aspecting the 7th house along with mars causes a delay in marriage.

With the above examples, it should be clear that there are many factors which cause a delay in the marriage but Saturn sun and mars are the primary mischiefs. Mars in 7thor 8th cause severe Manglik dosha too.

Coming to the remedies part, the following reciting stotras proves to be helpful for females for begetting a good husband and for marrying at the appropriate age.

These were some major details about the delay in marriage and its remedies and you may also like to read about The 7 vows of marriage.

Are you facing issues and delay in your marriage? Then, you are at the most reliable platform for solutions to all your problems. Click Here and consult the expert Astrologer Acharya Raman to seek his guidance. 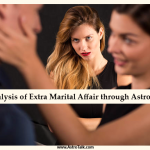 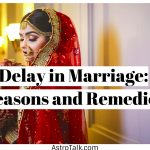 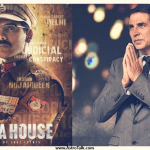 Mission Mangal vs Batla House Who Will Garner 100 Crores
Views: 1083