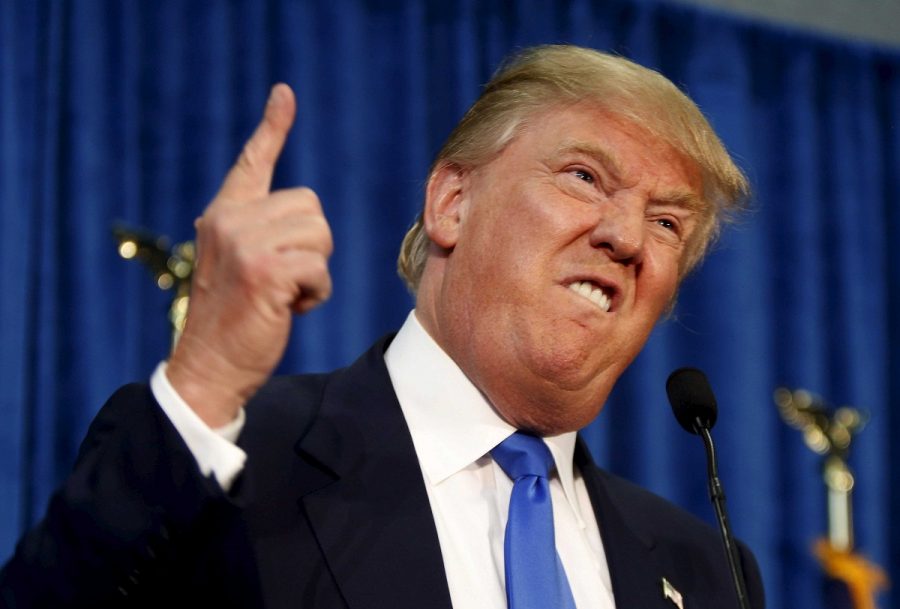 Trump was born in the Queens borough of New York City. After completing his graduation from Wharton School of the University of Pennsylvania in 1968, he took over his family’s real estate firm and started a new phase of his Business. Within a period of 10 years, he became one of the influential Businessman of the U.S.

From 2004 – 2012, Trump hosted and co-produced “The Apprentice”, a reality Television series on NBC. In 2016, he was recorded by Forbes as the 324th wealthiest person in the world and 113th in the United States with a total net worth of $4.5 billion. After spending more than 32 years in politics, he finally became the president of the United States on January 20, 2017.

Behaviour of Planets and Houses

According to the Horoscope Analysis of Donald Trump, he became the President at the end of his Rahu Mahadasha when Rahu was placed in the tenth house which is a very good sign. Moreover, the placement of Rahu in the tenth or sixth house is a sign of fortune and luck and same happened with Donald Trump. As soon as he became the President the initial phase of Rahu began which proved quite beneficial for him.

In Donald Trump Horoscope, the second house lord Mercury is placed in 11th house in own sign and yoga karaka Mars which is lord of 4th and 9th house is in Ascendant. It’s a unique combination found rarely in horoscopes of millionaire and billionaires. Undoubtedly, there is some strong Raj Yoga in his horoscope which made him one of the most powerful personalities of the world.

Rahu plays a very vital role in Trump’s Horoscope. It gives him the courage to fight with any opponent and also explains his tendency of speaking without any fear. While Jupiter in the second house denotes his leadership qualities and also boosts his decision-making process. Moreover, ascendent Lord Sun in the second house makes his nature-friendly and is more directed to his inflammatory language.

Talking about his Moon and Venus, they are placed in 6th and 8th house (losses, debt and loans). In 1996, Trump faced a loss of $900 and went bankrupt. This was the sub-period of Moon and Venus where he went through a very time tough time in terms of his financial life. However, his golden period started in 1998 as the main period of Rahu began.

Donald Trump is born with the Gemini ascendant ruled by the planet Mercury, the messenger. Usually, people born under the Zodiac sign of Gemini are intelligent, impulsive, adaptable, talkative and bit funny too. All these traits reflect the personality of Donald Trump to some extent. However, his moon sign is Saggitarius.

Uranus which rules over technology and social media is in his 10th house which means he will create a great uproar on social media sites such as Twitter, Instagram, Facebook etc. Moreover, his Sun is also in the 10th which represents power, leadership and personality. However, Mars in 9th house lord and Venus in 10th house lord is a good indication in terms of his relationships and family matters.

Donald Trump Leo rising (ascendant) represents his colour and appearance. Leo rising people are often spotted by their hair colour. These people are very energetic, outspoken and courageous. His Jupiter in the second house gives him the courage to get over any sort of situation related to country, finance, relationship, finance etc.

As we all know 2020 has just begun and it started with a big conflict between America and Iran. Moreover, it’s also a rumour that this conflict may give rise to World War 3. All these things give an indication that 2020 is going to be a little challenging for President Trump.

According to Donald Trump Horoscope 2020, it’s going to be a rollercoaster ride for him where he has to deal with both good and bad times. The period until April 2020 is positive for international contacts. However, some defame or loss is expected through a situation like War or financial pressure. However, the second half of 2020 is likely to shower him with fortune and luck from all sides. During this period he needs to stay little alert in terms of his health.

In a nutshell, if we say, Donald Trump has good planetary combinations that will surely help him and his people to progress financially. However, there are chances that he might take some harsh and aggressive steps towards other countries.

These were some of the major details regarding Donald Trump Horoscope. Also, you may like to read about: 7Amazing Horoscope Facts That Will Change Your Life