Facts about the Great Pyramid of Giza, Egypt 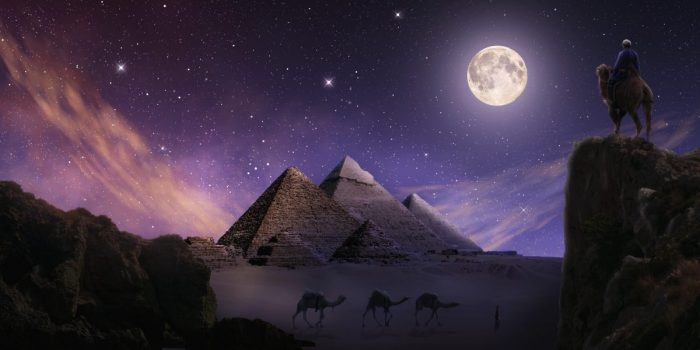 When it comes to the name of the pyramid, a picture of the Great Pyramid of Giza, Egypt comes to our mind. They are hundreds in numbers and spread all over the world. First of all, it was said that this is a mausoleum, but everyone knows that if it was a mausoleum then it was necessary to have a grave in it. But so far no graves have been found here. Their discussion was intensified when people started exploring pyramids all over the world one by one. Small pyramids were found in Sudan, numbering 255. And so on in South America and China.

Pyramids, especially Pyramids of Giza are one of the most impressive creations on Earth. There are many secrets hidden inside these huge pyramids, which attract the attention of scientists and archaeologists from all over the world.

Today we are going to explore some hidden secrets of the pyramid. Let’s Start–

Most of the people believe the Pyramid has 4 fronts. However, the Great Pyramid of Giza has 8 faces. In 1940, one of the British pilots took a picture while passing over the pyramid and claimed about the pyramid’s 8 faces as all four faces are divides into 2–2 equal parts.

Structures Of Pyramid are the same all over the world:

At that time when there was no medium of communication, even traveling from one country to another was difficult. Then how it was possible to build the same pyramids in different parts of the world? In the same time cycle?

In a deep analysis, you will find that the pyramid structures of China, Mexico, Egypt, the United States, Indonesia, Turkey, France, Italy are all the same. Many people have also called it a collective consciousness.

Are the Pyramids Mausoleum?

There are so many Pyramids in the world. However, no one ever found a grave in them. Also, many times the coffins were not even found. Some people believe that archaeologists took them out to do research. It seems strange to be somewhere nonetheless.

The pyramid wall is made up of 130 granite blocks, which cannot be found anywhere near Giza. These blocks are brought from 500 miles away. Each block is 12 to 20 tons, which covers an area of ​​1200 square feet.

This work is not possible even with modern machines. At that time it was a big challenge to bring these blocks from so far and keep them in place, how this was possible is still a mystery?

Must Read: The Hidden Mystery of Area 51

The structure inside the Pyramid :

There are 3 chambers inside the Great Pyramid. Further, a tunnel has been constructed by breaking down hard stones. The 300 feet long and 3 feet wide this tunnel goes to the third block of the pyramid. This site would have been a lot of work to build the tunnel and it would have also required large equipment and geometries, which at the time seemed impossible.

Use of non-identical stones :

20 lakh differently shaped stone pieces were used to make the pyramids. This makes it very difficult to make any structure. Even after experiencing earthquakes of several hundred years, the stone remains in its place.

The Great Pyramid is designed so that it marks the north direction with 500 degrees, which is very accurate. But we came to know in the 17th century that 500 degree is the exact pole.

Use of minor tools in the construction of the great pyramid :

No big tools were used in the construction of the pyramid. Only small tools of copper and stone were used.

The special position of Pyramids :

Archaeologists believe that pyramids were built to store valuable objects and grains. But it was later analyzed that the pyramids were built at particular geographic centers of the Earth, where the longest latitude and longitude of the Earth intersect each other. It is said that the Egyptians knew that there is a transmission of particular power and they can utilize it.

What’s Your Belief or Myth On Pyramids? Comment Below.

Get A Free Session With Reputed Astrologers: Find Remedies To All Your Problem: Download AstroTalk App