Holy Month of Adhikamas- Once in Three Years 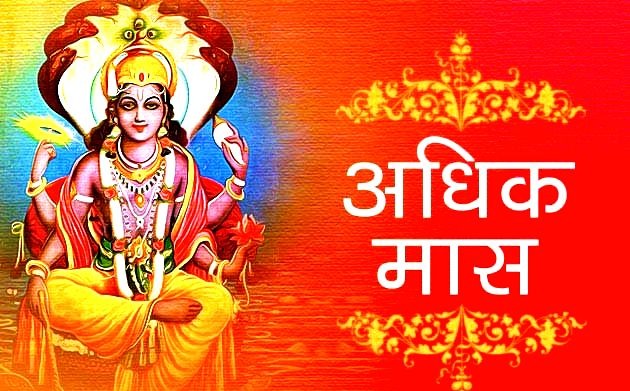 The Hindu calendar has an additional month of occurrence once every three years. This is known as Adhikamas or Purushottam Maas. This month has special significance in Hinduism. Hindu religious people from all over India are engaged in religious activities. Such as worship, Bhagwan bhakti, fasting, chanting, and yoga, etc. throughout this month.

It is believed that the religious work done in Adhikamas results in 10 times more than the rituals performed normally. This is the reason that the devotees, with all their devotion and power, get pleased with God in this month. If this month is so impressive and holy, then why does it come every 3 years?

After all, why and why is it considered so holy? Why is this one month called by three distinct names? All such questions naturally come to the mind of every curious person. So today we know the answers to many such questions and know more deeply.

Why it comes once in 3 years

According to the Indian calculation method, each sun year is 365 days and about 6 hours. While the lunar year is considered to be 354 days. There is a difference of about 11 days between the two years, which becomes equal to about 1 month every three years. To bridge this gap, a lunar month comes into existence every three years. This has been given the name of Adhikamas due to excess.

Why is it called the Purushottam mas

Lord Vishnu is considered the lord of Adhikamas. Purushottam is a name of Lord Vishnu. That is why Adhikamas is also called as Purushottam month. A very interesting story about this subject is read in the Puranas. It is said that Indian mystics by their calculation method prescribed a deity for every lunar month.

As the Adhikamas appeared to strike a balance between the Sun and the lunar month, no deity was prepared to become the ruler of this additional month. In such a situation, sages and sages urged Lord Vishnu to take the burden of this month on himself. Lord Vishnu accepted this request and thus it became the Purushottam month

Effects of worship in Adhikamas

Lord Vishnu is the presiding officer of Adhikamas, hence chanting Vishnu mantras is especially beneficial during this time. It is believed that Lord Vishnu himself blesses the seekers who chant Vishnu Mantra in more months. He also mitigates their sins and fulfill all their desires.

Further, you can enjoy reading Chakras of Lower Body- Secrets and Origin

Multiply Your Money With These Astro Tips
Views: 1705