India To Launch Its Own Space Station| Gaganyaan 2030 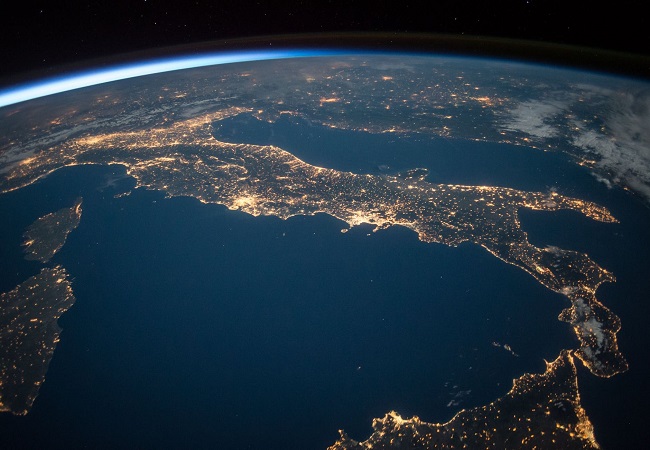 In the recent reports, ISRO stated that India will be having its own space station by 2030. In the past few space programs like Chandrayaan1, Chandrayaan 2, and several others. India will launch its space station which will be weighing around 20 tons.

With several projects in hand including manned moon mission by 2022 and launching their satellites to Moon and Mars. India is also planning to step forward to have its own space station.

Every country has its own space station. A spacecraft is named as a Space Station. Space Stations are built for supporting crew members to remain in space for a certain time span. These spacecrafts only revolve around Earth’s orbit. Space Station is a habitable satellite. It operates on Earth’s lower orbit.

Till date, many space stations have come into existence. International Space Station tops the charts in the list of largest space stations ever built. Launching India’s own space station will be an ultimate initiative since the entire program will be manned only by the Indians. With no several countries taking part in it.

International Space Station is the largest of all space stations. ISS was launched by Russia,United States, Japan, Canada and a European partner. For years ISS has been in the limelight, since it has been the first man-made spacecraft orbiting in the Earth’s lower orbit.

It was launched in 1998. ISS has turned out to be a benchmark of engineering. It is equipped with the latest exploration tool for exploring space more. According to researchers, ISS can be viewed by a naked eye just by looking upwards.

ISS has resulted in bringing several positive changes in the society. With its initiative to bring drinkable water to the Sub-Saharan Africa, where they promoted high concentration water filtration and purification systems.

ISS took its step towards commercialization and is actively providing with various types of aid. They are also providing disaster relief support for the countries.

Tiangong-1 is the China’s first space station in 2011. The aircraft was spinning on a speed of two and a half minutes per track. The space station was headed by China National Space Administration.

But in 2016, due to malfunction and lost of control the space station fell into the Earth atmosphere. After which the Chinese’s space station has been continuously falling. Later, Chinese Space Administration decided to discontinue it.

Tiangong-2 is the space station launched after Tiangong-1. It was launched on 15 September, 2016. Tiangong-2 would not function as a permanent space station. Rather, it was the Chinese Space Laboratory.  The core module was launch was in 2016.

Salyut program is the only space station head by the Soviet Union. Between the period of 1971 to 1986, the organization has made four space stations and also two crewed military reconnaissance space stations. Salyut 1 has became the first ever space station built in 1971.

However, it crashed into the Pacific Ocean after 175 days of orbiting. Being launched in 1973, Salyut 2 was the second Soviet Union space station. After two weeks of its launch, the spacecraft depressurized further losing its control.

However, after the malfunction took place, it became unusable. In the later years, Soviet Union launched Salyut 3, Salyut 4, Salyut 5, Salyut 6 and Salyut 7.

Launched in 1972, the space station built by the Soviet Union. DOS launched in four different stations. The program’s purpose was to conduct astrophysical, technical, scientific and medical research.

DOS 2 was a launch as a part of the Salyut program. The space station soon malfunctioned. Losing its control, the spacecraft failed to reach the Earth’s orbit.

Skylab is the first space station to launch by NASA. Launched on 14 May 1973. The space station orbited the Earth for six long years. It later re-entered the Earth atmosphere. Eventually, dispersing the Indian ocean’s debris.

Within its life period, astronomers and researchers conducted 270 experiments. The experiments include research in life sciences, biomedical, material processing, solar astronomy and several other fields.

Own Space Station Of India –

In the recent press conference held in New Delhi, Chairmen of ISRO, Dr K Sivan discussed about their upcoming project. He stated that for this project, they will not be tethering up with the International Space Station.

Many countries build their space stations in partnership with other countries. Moreover, in India is likely skipping this opportunity. Rather, it will be more prominent for our country to have its own space station.

You might also like to read about how Apollo turns 50 this July to know more about the first ever manned moon mission.

Past Life Regression: Do You Have A Past Life?
Views: 1621

Sonam Kapoor Upcoming Movie To Be A Mega Success?
Views: 1693

Mercury Opposite Sun Transit: A Rare One
Views: 3117