International Yoga Day 2020- What You Need to Know 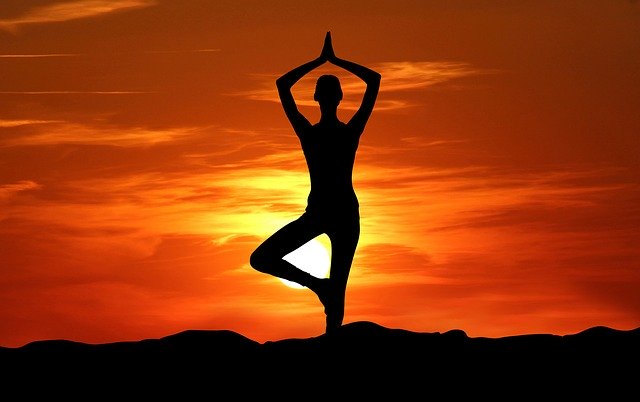 Every year, International Yoga Day is celebrated on the 21st of June. United Nations General Assembly (UNGA) led to the inception in 2014. Accordingly, it was first celebrated in 2015. But, the idea was first conceived by our Honorable Prime Minister, Shri Narendra Modi, during his speech at UNGA. AYUSH is for this purpose. AYUSH stands for The Ministry of Ayurveda, Yoga & Naturopathy, Unani, Siddha, and Homeopathy.

As many of us already know, Yoga is a physical, mental, spiritual, and cultural practice. This practice is about 5000 years old now. There are many benefits to Yoga like mental peace, calmness, and confidence to the individual. It is a Vedic practice to enlighten us. It has always been a part of our culture. Patanjali Muni is credited as the visionary behind this Vedic science.

Modi’s Proposal of a Yoga Day:

Prime Minister Narendra Modi, as aforementioned, proposed the idea of an International Yoga Day, at UNGA on 27th September 2014. His speech is as follows,

Yoga is an invaluable gift of India’s ancient tradition. It embodies unity of mind and body; thought and action; restraint and fulfillment; harmony between man and nature; a holistic approach to health and well-being. It is not about exercise but to discover the sense of oneness with yourself, the world and the nature. By changing our lifestyle and creating consciousness, it can help in well being. Let us work towards adopting an International Yoga Day.

The Nepal Prime Minister Sushil Koirala was the first one to support Modi for the International Yoga Day proposal. The draft was proposed and implemented within 90 days, which is a record for any UNGA proposal.

Modi proposed the date of the 21st of June for various reasons. For one, it is the Summer Solstice in the Northern Hemisphere. This means the 21st of June is the longest day in the Hemisphere. Another major significance is that this day marks the transition to Dakshinayana in Yoga. Furthermore, Lord Shiva started imparting Yogic knowledge on this day.

According to Hindu belief, when Lord Shiva came down to Earth, several people surrounded him to get spiritual enlightenment. But, he did not feel their presence and ignored them. Lord Shiva was deep in his meditation. Only seven people remained there for 84 years. As a result, inevitably Shiva noticed them and began to teach for 28 days.

The theme of Yoga Day Each Year:

In 2016, an event called “The National Event of Mass Yoga Demonstration” was organized. AYUSH organized this event, on the behalf of the Prime Minister of India. Several prominent personalities, including Modi himself, participated in it alongside others. The theme of the year was “Connect the Youth”. It took place at Chandigarh.

In 2017, the participation count took a huge spike. About 52000 people from 150 nations participated. The theme of the year was “Yoga for Health” and took place in Lucknow, Uttar Pradesh.

The event was organized in Dehradun, in 2018. An increase in the number of participants was observed again. 55000 people engaged in Vedic activity. The theme for the International Yoga Day in 2018 was “Yoga for Peace”.

When India’s Permanent Representative to the UN, Mr. Ashoke Mukherji presented the draft, 177 countries approved it. This is the largest number of co-sponsors in UNGA Resolution, in history.

Even the Islamic countries supported this draft, showing that Yoga is not something limited to just Hinduism. It is something beyond religion and religious beliefs. Therefore, it shows that it is a spiritual improvement. 47 of the 56 members of the Organization of Islamic Cooperation (OIC) supported it and co-sponsored it.

The Yoga Day celebrations took place in all but one of the 193 Member Countries, except for Yemen – due to the conflicts and violence.

As a result, the Reserve Bank of India (RBI) released two commemorative coins in the honor of the International Yoga Day. They were of the corresponding denominations of Rs 10 and Rs 100.

The very first International Yoga Day in 2015 made the World Record for the largest yoga class. 35985 people participated in it, from a record-setting 84 nations. It took place in Rajnath, New Delhi, with many eminent personalities like Narendra Modi. They performed 21 asanas which lasted for about 35 minutes. The successive years have only broken the previous years’ records. As mentioned earlier, 55000 people participated in the year 2018.

International Yoga Day is a very eminent celebration. Unlike many other celebrations, this leads to improvement in your physical, mental, AND spiritual health. The benefits of Yoga are numerous and exhaustive to list down. In addition, in the present scenario and our ‘modern’ lifestyle, it only seems to be very essential to allow some time to practice Yoga.

The theme for this year 2020’s International Yoga Day is “Yoga at Home and Yoga with Family”. This is due to the increasing devastation caused by the pandemic Coronavirus. Accordingly, the celebrations are to be conducted across virtual platforms.

Further, it is now that we need to stay united by staying distant from each other. That doesn’t mean we cannot celebrate Yoga Day. Join the various virtual platforms to show your support this great day.

Further, you may like reading ﻿Yoga and Its Impact of on your Planets

Comparison of Significance of the Seventh and Eighth Houses
Views: 8179

Third and Sixth Houses in Astrology- Similarity and Differences
Views: 3771

Significance and Comparison of The First and Second Houses in Astrology
Views: 2789

Best to Worst Speakers According to Zodiac Signs
Views: 14579