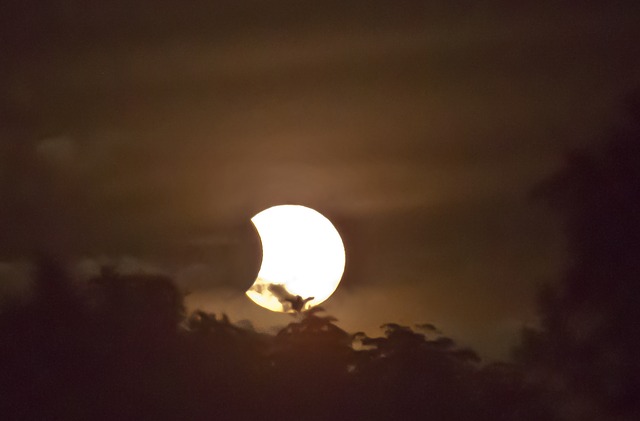 The new year has new things for us in the kitty including multiple Surya Grahans’ scheduled to happen in 2021. Enthusiasts invariably watch out for such cool phenomena as they bring forth quite a bit of excitement and a sight to behold. And if you too are one of these enthusiasts, then here is everything you would love to know about the Surya Grahan 2021.

Like every year, this year too, the world is set to witness multiple Solar Eclipse. The phenomenon of Surya Grahan, for the unaware, is scientifically an instance when the New Moon moves between the Sun and Earth thus blocking the Sun’s rays while casting a shadow on some parts of the Earth.

However, in Vedic astrology, Surya Grahan is said to be caused by the notorious planet Rahu and his eternal feud with the Surya Dev.

Actually, the story has Rahu fraudly stealing some of the immortality Amrit that rose during Samudra Manthan. However, Suryadev and Chandradev, who were seeing all this, complained about the same to Lord Vishnu. Angered by the conduct, Vishnu cut Rahu into two pieces using his Sudarshan Chakra. But Rahu, by then, had consumed immortality nectar and thus didn’t die. Both, his head and torso, attained immortality and his torso was named Ketu, while the head entertained the name Rahu.

There are as many as 4 types of Solar Eclipse based on how much the Sun disk is eclipsed by the moon. And these would be:

Partial Solar Eclipse – This occurs when the Moon partially obscures the Sun’s disk and casts only its penumbra on Earth.

Annular Solar eclipse – Annular Surya Grahan occurs when the Sun and the Moon are closer to each other and thus the Moon is not big enough to eclipse the whole of the Sun. Thus, as the Moon eclipses the Sun, the outer part of the Sun is still visible forming a ring of fire.

Total solar eclipse – As the name suggests, it is the type of Suraj Grahan that happens when the New Moon passes between the Sun and the Earth, and entirely covers the Sun.

In 2021, the world will witness as many as two Surya Grahans. Below are Surya Grahan 2021 time and date and the countries that will get to behold this phenomenon.

June 10, 2021 – The first Surya Grahan of 2021 will happen on 10 June 2021. It would be an annular solar eclipse. This eclipse will be partially visible in India around 1:42 pm IST and conclude at 6:41 pm. In addition, this eclipse will also be visible in the northern part of North America. Parts of Europe, Asia, northern Canada, Russia and Greenland will also get to see the partial solar eclipse.

December 4, 2021 – This would be the second and the last solar eclipse of 2021. This eclipse will be a total solar eclipse. It will be visible in the South of Australia, South of Africa, America, Pacific Ocean, Indian Ocean and Antarctica.

Other than a couple of Solar Eclipses, there are two Chandra Grahan in 2021 that we would get to behold.

November 19, 2021– The last lunar eclipse of the year will take place from 11.30 pm on November 19 to last till 05.33 pm. This will be a partial lunar eclipse. It will be visible in India, America, Northern Europe, Australia and the Pacific Ocean.

Solar Eclipse affects all of us differently. During a solar eclipse, as the Sun, which symbolises our external personality, is obscured by the moon, which represents our mind and emotions, the solar eclipse often first begins internally before concerning our emotional relationships with others.

Also, the fact that it is the moon that casts its shadow on the Earth during a solar eclipse, the Moon Sign of an individual is one of the Vedic elements that sees changes either positively or negatively.

As the first solar eclipse of 2021 nears, we would separately cover how the same will affect each zodiac sign individually. Stay around for the space!!

Vaani Kapoor's upcoming movie, Shamshera, will it be a success?
Views: 1005