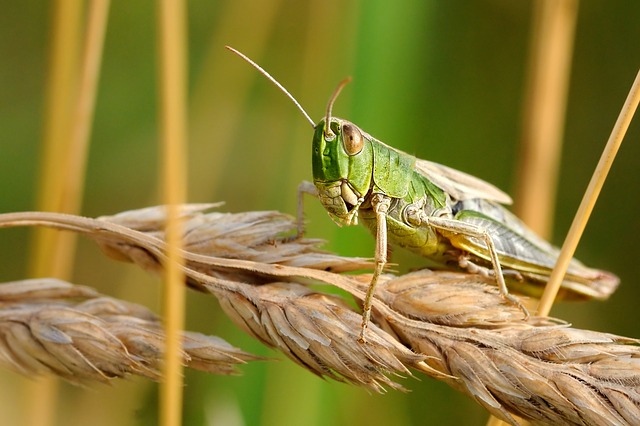 Locusts eat food. They feed on crops grown with sweat and blood of farmers. As the attack Locust Attack on India is way worse than in the past two decades, there can be a situation of scarcity of food in the country. Approximately 42,000 hectares of vegetable, sugarcane, summer pulses, and vegetable crops have already been affected by swarms of locusts in several states especially Rajasthan. Authorities across the country are helping farmers. Mounting a pesticide spraying campaign has been provided to farmers.

In order to kill locusts, about 700 tractors, 75 fire engines, and 50 other vehicles are endeavoring to spray pesticides.

The swarm of locusts could now head to the capital city New Delhi on Monday. As the nation is on its battle with Coronavirus Pandemic, it is a badly timed infestation. Locusts attack is nothing new in India. It is an often event. However, as per the reports, India is under the worst attack in last 27 years. Commonly, insects follow the rain. They appear with the arrival of monsoon in India. The months of June to November are the peak time of the locust attack. This year, on 30th May, farmer report their arrival in Rajasthan and Punjab. According to the farm ministry, situations are now under control in both areas. Furthermore, if the wind is favorable, New Delhi would be next stop for the swarm.

As per the forecast, the wind is now favorable to push the swarms in the capital of India. In order to help the agriculture ministry, India Meteorological Department has been asked to monitor the meteorological conditions. According to Scientists at IMD, the winding path is generally favorable and stays predominantly northwesterly. They mention, due to drought the swarms shifted after surviving desert winter. Jaipur has plenty of green spaces like parks, thereby providing them with foraging material. Now, the attack is heading to UP and Delhi.

What is Locust Attack?

Locusts are insects that travel in enormous swarms. They travel over 150 kilometers per day. These, often, can be hazardous for agricultural spaces. As the locusts eat the crops, they can draw huge damage to farmers. Additionally can impart starvation. These feed on crops, flowers, seeds, leaver, and bark. As they travel in the swarm, these insects can eat as about 2500 people. Also, it is not important that they are always small in size.

The majority of the attack by locust swarms attacks in India since 1993 have been localized to Rajasthan. However, this year, weather conditions have pushed locusts to travel across several parts of India. States of Gujarat, Madhya Pradesh, Maharashtra, and Uttar Pradesh are currently under the threat. The headquarter specialized for the Locusts Warning Organistaztion center is accountable for monitoring and planning for the eradication of locusts. Thus, to eradicate the impact central machineries are actively working.

Alongside the wind, storms, and weather conditions, there are a celestial reasons behind the locust attack. Herein, some tremendously impactful planetary positions that can cause such an infestation.

Currently, India has the Dasha of Rahu and Mercury. Alongside this, the 6th House lord Jupiter is in the 9th House. Whereas, Saturn is in Capricorn sign which is an Earth sign. Herein, the major cause behind the locust attack can be the 6th House lord Jupiter being in Retrograde motion. The 6th signifies birds and insects. It also represents debt, sickness, diseases. Therefore, Jupiter Retrograde can be a big reason for it. For more details, you may connect to our Expert Astrologers.

Also, you may like reading about When Coronavirus Will End?

Watch here the news in detail-

Remedies to Please 9 Planets To Get Rid of Problems
Views: 29912