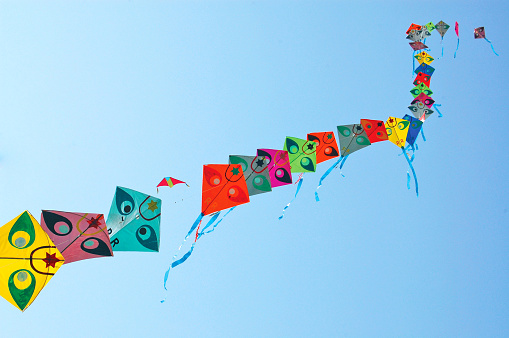 Makar Sankranti is celebrated all over India on 14th January by Hindus. However, in the year 2020, it will take place on 15th January. Makar means Capricorn and Sankranti indicates transition. On this auspicious day, the Sun enters from Capricorn to Sagittarius. Every region has its own unique way of celebrating this festival. Moreover, the festival holds great relevance in our mythology. Also, this festival in some places of Bihar and Uttar Pradesh is known as ‘Khichdi‘. Makar Sankranti 2020 is here and we can’t wait to embark on a complete new solstice.

This festival is an indication of winters coming to an end and the commencement of summer. On this day the Lord Sun is worshipped, as he’s the source of life. Therefore, the nights from this day on becomes shorter and days longer. The day time is considered holy whereas night is considered sinful and evil. So Makar Sankranti rejoiced during day time with all virtues.

According to ancient tales, on this day Ganga followed Bhagirath, passing through Rishi Muni Kapils cottage. Further, she then immersed herself in the ocean. So people take a bath on this special day in River Ganga. Moreover, Indian mythology mentions that invincible Bhishma Pitamah chose this day to sacrifice his body. Likewise, people started observing the day with religiously.

Celebration across the country

Every state celebrates Makar Sankranti in a distinct manner. Like people take a dip in Ganga and worship Lord Surya. Likewise, most states prepare various delicacies to honor this day.

In Karnataka it is a harvest day, girls wear new clothes and distribute a plate full of savories to friends and families. This custom is commonly known as “Ellu Birodhu.” A very interesting ritual that you will witness in cows and cattle wearing colorful costumes. Rangoli making in most households is a common event on this auspicious day.

In the state of Bihar, the sole focus of the festival is the tasteful foods. Some of them are sesame seed sweets, Chura, jaggery, and curd. In Bihar and Jharkhand, we also call it the khichdi festival. People take holy bath in the river Ganges and serve the delicacies to the gods.

In Gujarat, this festival is popularly called Uttarayan. It is one of the most important festivals of Gujaratis. Kite flying competition is the most sought after event of this day. People in large numbers gather at a common point in partaking in this sport. Moreover, delicacies like undhiyu and chikki is a feast upon by every household.

Maharashtra observes this day by exchanging sweets with families and preparing tasty desserts. Also, dishes like Puran Poli and til laddu is savory in most parts of the state. Furthermore, married women invite guests and exchange gifts clad in black. The only festival that witnesses the color black as auspicious.

Odhisa will commemorate Makar Sankranti 2020 day by preparing food for the first harvests. The food is uncooked combining banans, rice, sesame seeds, and jaggery. People dance and sing in their traditional folk style. Also, it’s a day where people celebrate friendships. In some parts of Odhisa, two friends feed each other the Prashad to bind their friendship strong.

In UP the festival has divergent ways of celebrating. For example in Gorakhpur people in large numbers gather in Gorakhnath Mandir to offer raw food like daal, rice and other items used in the preparation of Khichdi. Similarly in Allahabad men and women take a holy dip in Sangam and distribute food in the form of charity.

Also, you may like to read: Santan Gopal Puja- Bless Your Life With a Child