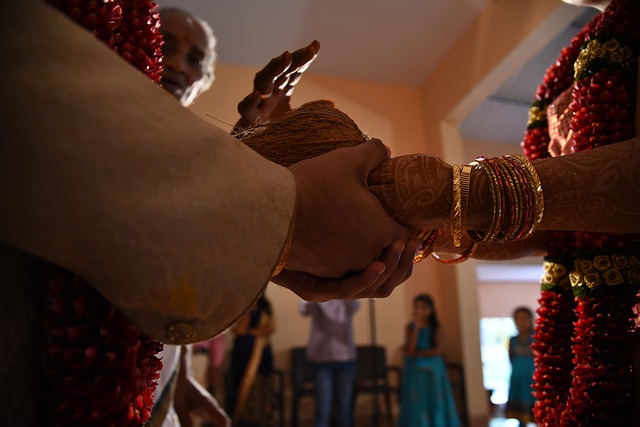 In Vedic Astrology, Nadi one of eight essentials that are matched and analyzed to determine the success of a marriage. Nadi makes 8 points out of 36 points that are matched in the horoscope for marriage. For a successful and healthy marriage, Nadi of both the partners should be different. Certain remedies and cancellation methods are used by experts to reduce the harmful effects of Nadi Dosha.

An exception to this dosha is when Nakshatra of males and females of the same Rashi sign are different from each other than this would result in the cancellation of Nadi Dosha. Also, when Nakshatra of the couple is the same but Rashi is different, the Dosha in that horoscope stands canceled.

Nakshatra is the time and day when the person is born. It has three parts :

At the time of Kundli matching, when Nadi of the two people is different they get full 8 points but if there Nadi is the same, this makes Dosha in their horoscope and they get 0 points. As we know that ‘Like poles repel and unlike poles attract each other’, this similar in the case of Nadi matching. When they have the same Nadi they usually share the same tendencies thus making marriage hard to sustain. This dosha can lead to turbulence in marriage and can also attract a situation like a divorce.

In the case where Nadi Dosha is not treated or cured as demanded, it can lead to many problems in your marital life.

Same Nadi develops distance between husband and wife whereas different Nadi will create attraction between the couple.

One can cancel the Nadi Dosha in the following ways :

To cancel the Dosha following measures can be followed for good results.

Nadi Dosha is one of the most harmful situations in marriage horoscope that can bring instability in your marriage. Not only husband and wife will have a constant disagreement, they will start losing love for each other, gradually. They will face issues in carrying on their inheritance. Their born children will be physically and mentally harmed.

However, one can cure this dosha under the guidance of an expert astrologer. If a person wants a happy and successful married life then doing these remedies religiously can help a person in canceling the Dosha. Apart from this dosha, Gandosha, Bhakutdosha, and another dosha should also be checked and analyzed.

Also, you may like reading about Earthquake in Delhi- Astrological Aspect