Rudra Abhishek Puja- Why One Should Perform the Ritual 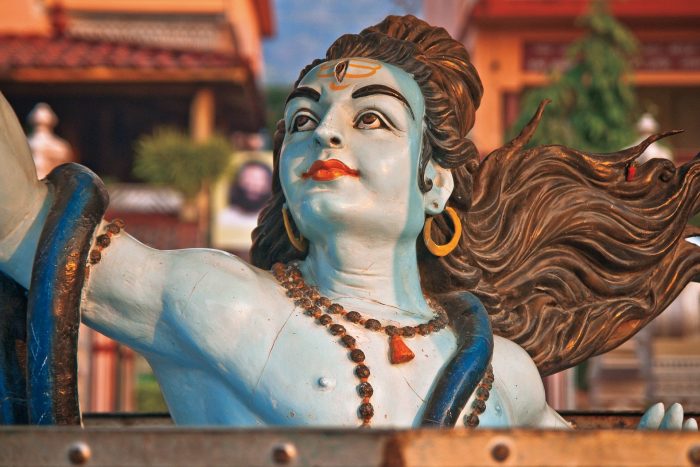 Shiva, the epitome of eminence, destruction, preeminence, and demolition is devoted by myriad people for endless reasons and in uncountable forms. Among the thousand ways to seek benediction and love of Lord Shiva, Rudrabhishek is holy bathing, cleaning, and embellishment of his idol. Rudra Abhishek Puja is perhaps the dearest to the mighty Shiv Ji’s Rudra avatar in Hindu Vedas.

Typically, this puja is an ancient Hindu Ritual to please Rudra, the destroyer form of Lord Shiva. The practice involves offering milk, ghee, honey, curd, and mustard oil to Shivling. Furthermore, devotees sing holy mantras and perform the rite of beautification of all god and goddess.

Rudrabhishek Puja is a sacred Hindu puja to offer prayers to Lord Shiva to bring wellbeing, goodness, happiness, and synchronization to the life of a native. Also, it benefits the exclusion of hurdles from life and lesses with triumph, bliss, enlightenment, and endless love.

The ancient mythological tales from Treta Yuga says, Lord Rama in exile and away from Goddess Sita, to express his greatest devotion and seek Lord Shiva’s blessing before the battle of Ramayana, builds a Shiva Lingam by his own hands. Further, Shiv Ji blesses him with a reduction of all the hurdles from his ways to win the battle against the demon king Ravana.

Rudra is the eyes of the sun and moon, the breath of the wind and voice of the Vedas, and heart of the universe, the world emerges from his base. Just like Bholenath, Neelkanth, Mahadev, Damruwale, Natraj and many other names, devotees know the most loved Lord Shiva with the name Rudra. The term Rudra or Raudra occurs in Hindu sacred writings. It focuses on the destroyer form of Shiva in which he is aggressive, violent, destructive and yet noble.

The robust avatar of Rudra is immensely fearless and vigorous. In the sacred mentions, in Rudra’s avatar, Mahadev performs Tandav dance where he is fierce, furious, vicious, and unstoppable.

One of the most marvelous tales about the Rudra Avatar originates with 11 Rudras that was formed by Lord Shiva upon Lord Brahma’s request on creating a unique form of the living being. Further, Shiva creates 11 immortals naming Kapaali, Pingala, Virupaksha, Bhima, Vilohitaa, Shavasana, Ajesha, Shasta, Chanda, Shambu and, Dhruva respectively. Therefore, Mahadev receives the name Rudra after his creation.

We all praise something that’s unique. Similarly, seeking blessings of Bholenath becomes simple with the special kind of Rudra Abhishek Puja. Read on to know 6 types of Rudrabhishek puja to please Lord Shiva and seek his love & benediction.

Jal means water is the source of life and form of energy. Therefore, pouring water on Shivling proffers neatness to the idol. As a result, it offers the reward of fulfilling the native’s desires who perform Jal Abhishek.

Milk symbolizes purity and illumination. Also, it is an amalgamation of energy sources & 85% water. Further, milk is very dear food to Lord Shiva. Thus, pouring milk on the Shivling grants longevity to the native.

Shahad is a source of positivity. In Hindus, it is a pure form of fluid that farmers create with their hard work. Therefore, Shahad or Honey offers the guerdon of a free and happy life.

The Panchamrit is an amalgamation of milk, curd, honey, sugar, and ghee. In the Hindu religion, all of these are considered prosperous & wealth. Therefore, performing Panchamrit Abhishek brings prosperity and fortune to devotees.

This brings blessings of parenthood to the childless couples.

These were a few points to describe the benefits of Rudrabhishek. Also, you may also like to read the Origin of Disease depends on planets?

Connect With the Best Online Astrologer for Remedies and Prediction.

Remedies to Please 9 Planets To Get Rid of Problems
Views: 25387