Sonam Kapoor Upcoming Movie To Be A Mega Success? 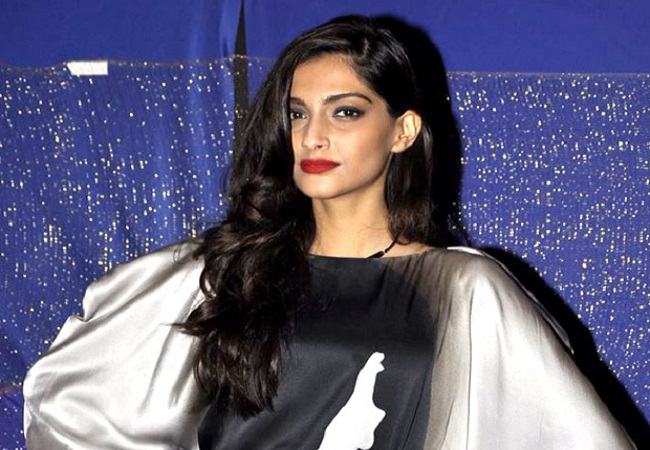 Sonam Kapoor is yet again all set to make a mark with her upcoming movie, The Zoya Factor.

Her last release“Ek Ladki Ko Dekha Toh Aisa Laga”, which also starred Anil Kapoor, Rajkummar Raoand Juhi Chawla. The movie had a sensitive humor laced melodrama and the film received several appraisals for its strong performances. In addition, the movie was penned down with a spectacular story line. Moreover, it had an amazing star cast.

With her exemplification in the modern Indian glamour, Sonam Kapoor has been in the spotlight for her trend settling looks.

With her explicit fashion statements, the actress never fails to impress the audience with her acting skills. She is set for a mega Bollywood hit with her upcoming movie. The Zoya Factor releasing on 20thSeptember, 2019.

Read on to know about the success story of Sonam Kapoor and if her upcoming movie will turnout to be a mega hit in the Box Office!

Born on 9 June, 1985, Sonam Kapoor is the offspring of one of the most leading Evergreen actors in Bollywood, Anil Kapoor and a famous designer and model Sunita Kapoor. Journey of Sonam Kapoor in Bollywood has never been easy.

Bollywood fashion  Diva never fails to impress audience, whether it is her acting or her adorable fashion sense. Moreover, Sonam Kapoor has always made a sizzling yet unforgettable presence on the Red Carpet with her audacious and daring fashion sense.

When it comes to making trend-settling statements, the actress always ensures the same in her movies. Patterns worn by her in her movies, have always become a sensational hit. In “Aisha”, the Lady Dior bag worn by her, garnered several eyes and became an absolute necessity in the Indian households.

Her bold fashion statement is adored by the Indian beauty experts. In addition, it attracts eyes of the international fashion designers. Many people and industry experts take Sonam Kapoor seriously. Moreover, her breathtaking looks are adored by many.

The beautiful lady, Sonam Kapoor have always been interested in Theater and Arts. Further on, she pursued her career in the same field and worked behind the camera as one of the crew members. Later, in 2005, she worked an assistant director in Sanjay Leela Bhansali’s movie “Black”.

In 2007, she made her debut with “Saawariya” with Ranbir Kapoor. Where, she was the main protagonist. The actress received several appraisals and appreciations for the role in her first and foremost movie.

Later in 2009, Sonam Kapoor bagged the leading actress role in “Delhi 6”, opposite Abhishek Bachchan. Her acting garnered many eyes and instantly added to her popularity.

In her career span of 12 years, the actress has delivered many Bollywood Box Offices Hits with her phenomenal performances.

With her noteworthy performance in Neerja released in 2016. Sonam Kapoor yet again established herself as one of the most influential actresses in the Bollywood industry. The actress projected the role of Neerja Bhanot, an Indian air-hostess who lost her life to save numerous lives of passengers in Pan Am Flight 73 on September 5, 1986.

Sonam Kapoor relived the life of the late Neerja Bhanot. Her hard work was paid off in the end and the film turned out to be a mega box office hit with grossing Rs. 75 crores in India and Rs. 127 crores worldwide.

Released in 2015, Prem Ratan Dhan Payo, where Sonam Kapoor starred opposite Salman Khan. Their on-screen Jodi was much appreciated and the movie unfolded several chapters of a royal chapter about family ties and its unconditional love.

With earning approximately more than Rs. 130 crores in its opening week and Rs. 250 crores globally.

Padman, which was released on 9th February,2018 was one of her major hits. In the movie, Sonam Kapoor starred opposite Akshay Kumar and Radhika Apte. Sonam Kapoor projected the role of a social worker in the comedy drama.

The film aimed at revolutionizing menstrual health for India rural women. Moreover, with its explicit social awareness, the film was able to spread menstrual health awareness in several under-developed countries too.

The film grossed a total box office collection of Rs. 207.73 crores till date.

Sanju, released on 29th 2018 was yet another Bollywood hit. Where Sonam Kapoor essayed the role of “Ruby”,one of the girlfriends of Sanjay Dutt’s 308 girlfriends. In the movie, she starred opposite Sanjay Dutt, Anushka Sharma and Dia Mirza. Her dialogue in the movie “Where is my Mangalsutra?”garnered much attention.

Bhag Milka Bhag, released on 11 July 2013, which was a biopic on the life of Indian Athelete Milkha Singh was of Super Bollywood Hits. In the film, Sonam Kapoor starred opposite Farhan Akhtar, where she projected the love interest of the latter.

The film with its strong and incredible performances sets a benchmark in the Hindi cinema with her charming on-screen presence. Moreover, the movie also set fantastic numbers overseas.

In her latest Bollywood movie, Sonam Kapoor will be project the role of a titular character. She will essay the role of Zoya, a beautiful, young and well-established advertising executive, who turn out to be a good luck charm for the Indian Cricket Team, at the time of World Cup.

The film will release on 20thSeptember, 2019. In her upcoming movie, Sonam Kapoor will star opposite Dulquer Salmaan and Sanjay Kapoor. Her real-life uncle, Sanjay Kapoor will essay her father’s role.

Whereas, Dulquer Salmaan will project the role of captain of Indian Cricket Team. Moreover, adding spark to the film, Shankar Mahadevan and Raghuvir Yadav, sung the Lucky Charm song.

However, with a strong star cast, the movie surrounds several theories. Whether the movie will be a major box office hit or flop.

Astrologer’s Opinion On The Fate Of The Zoya Factor-

According to Dr. Armaan Sharma, a Vedic Astrologer and Vasthu Expert.The Zoya Factor set to release on 20th of September, 2019 with Sonam Kapoor in the lead role.

The date represents the planet Moon numerologically, which would be in its sign of exaltation on the day of release. Thereby, a foundation enough to promise a decent performance at the box office. Moreover, the fate of this movie is clear. Thereby, it would be a definite success.

The planets in position on this day would be mainly Sun (popularity) in conjunction with Venus and Mercury creating a good yoga in transit for income. However, on the day of release. Mercury, the planet of trade and business would remain till 28th of September.

Hence the box office collections may not be extremely motivating initially but are sure to pick up after the first week. This movie will overall perform at a level par excellence and will gain praise from critics and audience both.

Moreover, according to our Astrologer Lovenish Sharma, who is a Vedic Astrology and Nadi Astrology Expert.  According to the horoscope of Sonam Kapoor, her Saturn is exalted. Further, signifying her karma are very good and she did good efforts into her work.

Besides, presently transiting Saturn activates the natal Venus and Rahu, which is a good indication for her. Likewise, on that basis her upcoming movie, The Zoya Factor, will do good and generate good revenue in the Box Office Collection.

Past Life Regression: Do You Have A Past Life?
Views: 1781

Sonam Kapoor Upcoming Movie To Be A Mega Success?
Views: 1832