Telecom Industry To Contribute 8.2% To The GDP 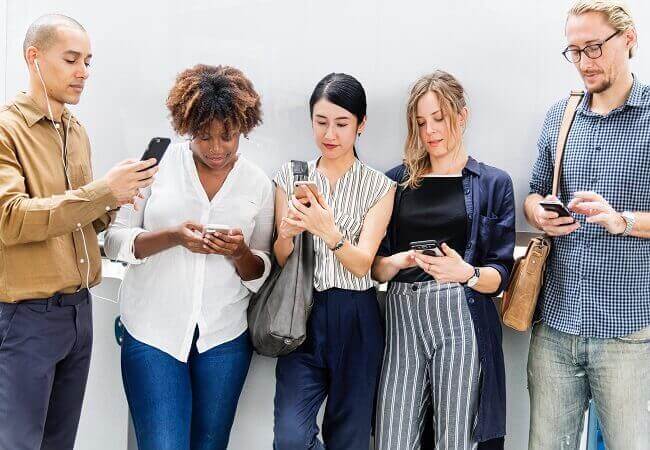 India’s Telecom Industry to contribute 8.2% to the GDP by 2020. With explicitly evolved consumer patterns, the industry has been able to provide affordable services, wider availability and mounting 4G networks to communities.

It will not only influence the speed of networks but will also revolutionize the existing data capacity, technology, frequency and latency.

Also known as the Indian Mobile Industry, ranks second-largest telecom industry in the world. It has a subscriber base of approximately 1.2 billion.

From the past few years, the telecom industry has been setting up a benchmark by revolutionizing networks and communications.  It has gradually set up its brand worth in masses by providing them with affordable services, expanded the 3G or 4G network and etc.

Overview of the Indian Telecom Industry-

Indian Telecom Industry is also ranked 2nd in terms of having a larger base of internet subscribers of approximately 604.21 subscribers. It has also become a hub for the largest mobile applications and Google Play downloads respectively.

With gigantic development in this sector, it has also able to attain a Foreign Direct Investment of US$32.45 billion in the time period of April 2000-December 2018. In recent years, FDI has played a major role in shaping the Indian telecom industry with a major investment of funds and providing global opportunities.

In the recent year, we saw the telecom industry been divided into three massive players. Where we witnessed Bharti Airtel, Reliance Jio and Vodafone Idea giving a tough competition to each other.

With a great extent of financial stress, these three companies have been functioning on a distinct level. New companies are also generating revenues on an operating level.

Last year in September, Reliance Jio also announced a profit of Rs.681 crores with a revenue of 10,901 crores. With Bharti Airtel reporting a 62% loss in their profits over revenue of 20,423 crores. Several reports also surfaced a low level of cash flows and profitability of Bharti Airtel.

Presently Reliance Jio is leading the pitch. Vodafone Idea is giving it a tough competition by a high level of profitability and concentrated market.

There will be a major boost in the telecom industry with the Indian government’s initiative of planning 100 smart city projects.

According to the National Digital Communications Policy 2018, there will be major investments taking place by 2022 of an approximate figure of US$ 100 billion.

With 5G technologies surfacing the market, there will be an increase in the telecom industry revenues. Prime Minister, Narendra Modi’s initiative of setting up 5G technologies by 2020, will give a major boost to the economy.

Introduction of 5G technology will pave more ways for the Indian Telecom Industry to reach out to global markets. This initiative will also enable users to get their hands on cutting-edge technologies with the most affordable prices. This will also give a major boost to the medical, educational, entertainment and knowledge and service economy.

5G wireless broadband technology, will also pay the way for the Internet of Things (IoT) and Machine to Machine (M2M) technologies for the user base.

Last year in August 2018, the Indian Government also initiated the “Making India 5G Ready”. The government issued the initiative with the aim of bringing technology, manufacturing and deployment to the emergent places.

Introduction of 5G wireless technology will directly have a positive impact on the economy in several ways. The following are the most intellectual effects which might place-