Things You Should Be Knowing About Article 370 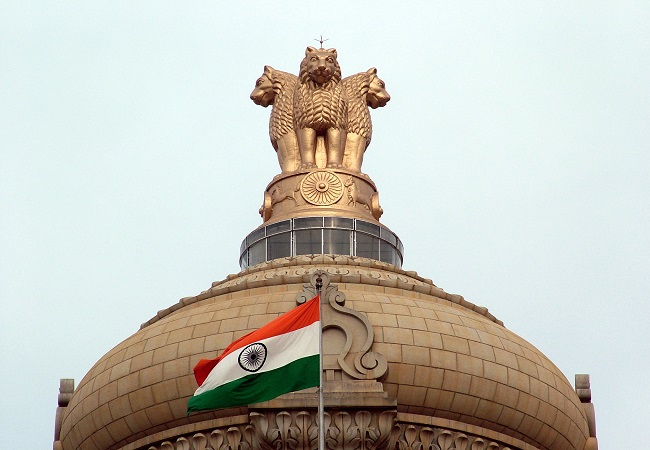 Article 370, a law which grant special status to Jammu & Kashmir, has now been demolished. Further on taking the privileges enjoyed by the Kashmiri to have their own separate territory.

The law additionally allowed the Indian constitution to have their laws, amendments, modifications and exceptions implied in Jammu and Kashmir.

The Indian Constitution also proposed the division of Jammu and Kashmir into 2 categories.
Read on to know more facts and after effects of the abolishment of Article 370.

Article 370 came into effect in the year 1949, when Jammu and Kashmir’s exemption from India. That empowered princely states the option to join India or Pakistan, after independence.

Article 370 gave authority to Jammu and Kashmir to establish its own laws. It also exempted India from getting into their matters related to defense, finance, communications and affairs.

The act allowed the princely states to have three choices-to join India, to join Pakistan or to remain an autonomous state.

Instrument of Accession (IoA), incorporated several focal laws on subjects, which enabled “consultation”from the state government. If the particular princely state decided to join a nation. Then IoA will incorporate the whole procedure.

The recent bill also provided authority to Lieutenant Governor of Union Territory of Jammu and Kashmir and established a sense of duty of Chief Minister to determine all necessary legislative decisions and proposals to the Lieutenant Governor.

The new Union territories of Jammu and Kashmir will have more state and central laws implied to them.

The proposed Reorganization of the recent bill has determined that the era for the 1954 order.

In 1954, the bill proposed that no bill shall state increasing or diminishing the area of the State of Jammu and Kashmir or altering the name or boundary of that State shall be introduced in Parliament without the permission of State’s Legislature.

With introduction of the 1954 order,the law also bought Article 35A into effect. Article 35A empowered the Jammu and Kashmir legislature to provide permanent residents to the citizens of their state. It was established by the Constitution order by President Rajendra Prasad under Article 370.

In 1956, Jammu and Kashmir adopted the constitution. It further on gave status of permanent residents to the people who have been occupant of the state for a longtime, and has legally gained enduring property.

However,with providing permanent status and several privileges to the people. Moreover, implied certain restrictions on those who did not attain the permanent resident status.

The Recent Abolishment of Article 370-

Over seven decades, the state enjoyed its own constitutional laws without any meddling of the second authority.

The eradication of Article 370, has ended the 1954 order and seem to be the end of chaos among Jammu and Kashmir residents with other parts of the country.

The article enabled people from India to not only attain a property there. But also settle down there on a permanent basis.

Jammu and Kashmir established a separate constitution and also had a separate flag for itself. They even evaded people from outside regions to establish property rights over there.

The bill determined special rights to the President to terminate the privileges provided to the individuals of Jammu and Kashmir. But the proposed provision transmits a proviso.

Before issuing such warning the President would need to get the assent of the Constituent Assembly of Jammu and Kashmir. This provision of the President’s capacity was proposed to give the individuals of the State a state in their very own future.

After Effects Of Article 370 Abolishment-

From the past 70 years, there have been a situation of distress in India and Jammu and Kashmir.

After the Article 370 removal, the state has witnessed an increased ratio of security deployment. Top political pioneers were put under house arrest for the period.

Prime Minister Narendra Modi’s recent decision is a historic move for the Jammu and Kashmir residents. This abolishment is majorly going to affect the Muslim-dominated regions.

The recent amendment will create tensions among the Jammu and Kashmir regions. It can lead to demographic transformation in Kashmiri regions.

Obviously, there are a few Kashmiris who are commending the administration’s choice. The Article, additionally indicated to as the Permanent Residents Law.Which earlier banished their ladies from any property rights. In case she weds an individual from outside the state.

The arrangement reached out to the offspring of such ladies as they don’t have any progression rights over the property. The repudiating of Article 370 finishes the well-established victimization ladies of J&K who wedded outcasts.

According to our Astrologer Dr. Anshumali Tiwari, when the article 370 became operative in Jammu and Kashmir. It’s kundli suggested that descendant was Libra and moon sign was Scorpio.

The kundli is affected by Grahan yog, Vish yog and Manglik dosh.

This planetary combination is indicate delay, trouble and stress. This could be reason why although introduced for shorter period. Yet it always remained the main reasons for misery and despair.

However, the unfavorable position of Ketu and Saturn is indicate lack of satisfaction in the initial phase. Its tough for government to ensure the developments and enforcement of the manifestos in a shorter time.

There could be lack of trust among the people towards the the government and the system. However, as a favourable outcome of the beneficiary planets.

Strained diplomatic relations and lack of direction both for state government & people was on the card.

Overall, the unfavorable planetary combinations when the article was introduced was responsible for the negative impacts we all faced. Although funds were raised and attempts were made to get things back on the right track but all in vain.

More About The Detailed Analysis-

If we talk about the kundli, when the article 370 was proposed to be removed then, the ascendant is Virgo and moon sign is Virgo. The kundli is affected by Vish Yog, Kaal Sarp Dosh and Kendrum Yog. A beneficial Budhaditya yog and Lakshmi Narayan Yog is also present in the kundli. The ongoing period is of Moon and inter period is of Jupiter.

Apart from this, the influence of 2.5 year period of Saturn is prevailing. This seems to be a period of mixed results. It is expected that this move is widely acknowledged by the government. But there will be equal magnitude of oppositions and criticism.

The government seems to be determined for enforcement development task in very short period in the state but to inauspicious Kaal sarp dosh and kendrum Yog, it might not be that much easy task. there could be hurdles in many aspects which has to be crossed efficiently before the cherished desire gets fulfilled.

In addition to this unfavorable position of Saturn and Ketu which is indicate separation or division. Due to influence of Saturn, change in position was likely. And as a consequence we saw that the state of Jammu and Kashmir got divided into two different provinces and the status of dependent state was lost.

The favorable position of Mercury and Venus is indicating financial stability,  materialistic gains and luxurious living conditions. Position of Mars is indicating lack of fear from terrorism and threat of all sorts for mankind.

Mercury Opposite Sun Transit: A Rare One
Views: 3430