Things You Should Know About The Recent Zomato Controversy 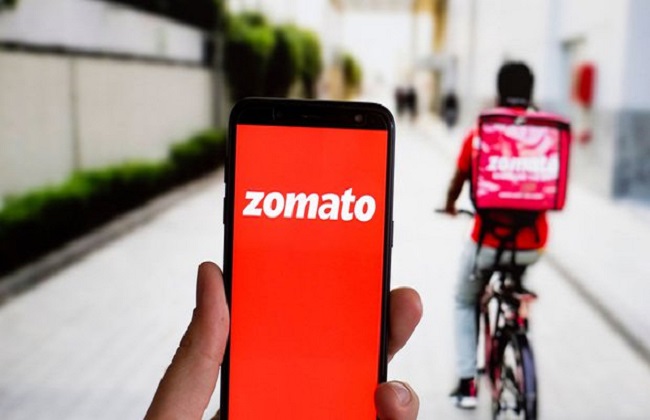 Zomato controversy has created a buzz in the market. Zomato has been in the news with a major debate going on about Amit Shukla from Jabalpur. He made this decision of cancelling his order, to maintain his spirituality in the holy Savaan month.

India’s most used food directory, launched in 2008, emerged itself to be at No.6 position within a short period of time.

The company originally established itself as “Foodiebay”. Zomato was launched by Pankaj Chaddhah and Deepinder Goyal, who were back then working for Bain &Company, a consulting firm. However, providing people to choose from a variety of the online food menu.

The company soon emerged itself to be the highest grocers in the fast food industry. In 2010, they renamed their brand as “Zomato”. Year 2010, turned out to be boom period for the company due to its immense popularity in other countries too.

After setting up itself in the Delhi, National Capital Region,Zomato emerged itself in other cities of India too like Chennai, Hyderabad, Pune,Bangalore and Ahmadabad.

The company maintained an equivalent equation with smartphone industry too by launching its own mobile app.

Later 2015, in order in attain a new customer base, the company acquired MapleOS. To enrich their services and provide more value to the customers. The company provided them with online table reservations and mobile bill payment services.

By 2017, Zomato rolled out its zero-commission model. The sole purpose of this model was to enable setup small businesses and restaurant owners.

Zomato has always been effective in maintain a clear and transparent image of their brand. But controversies do follow up when you have a rage of competitors around.

In 2016, the company suffered a down rage in terms of their finance.

After impact of this was that the Zomato has to roll out their services in 9 countries like Sri Lanka, Canada, Chile, Italy, UK, US, Slovakia, Ireland and Brazil. Further on which they adapted a remote management services to resume their operations.

Later in 2017, the company experienced a mega cyber-attack, where the hacker breached into 17 million user base records. Users feared for their card details being breached. To which the company made official statements about all other details other than the card details have been stolen.

Recently, Amit Shukla from Jabalpur, Madhya Pradesh,cancelled his order with the company. Once he got to know his order has been delivered by a non-Hindu rider.

He even issued statement in the media that he got the order cancelled from a “non-hindu” because “the pious month of Shravan is going on and it is a matter of my personal choice”.

A new #ZomatoUninstalled and #ZomatoExposed,#IDontStandWithAmit and #BoycottZomato trends are taking twitter with a storm with more and more people giving away their opinions on the subject interest.

To maintain peace with their customer base and to sustain an apt ratio, the company issued a post on twitter stating that “Food does not have a religion.” This post garnered many positive reviews from public but also acclaimed various critics.

To their support, Uber Eats, an American online food delivery app also came out. But due to several critics eyeing their success, started trends with a viral hashtag # BoycottUberEats. After which, many users uninstalled Uber Eats as well.

Zomato garnered many 1-star reviews criticizing their services and suspecting their operations. While several other uninstalled the app further on twitting about it criticizing the company.

The controversy turned out to be costly for the company with users giving over 5,800 1-star reviews in just a single day.

Whilst many condemning Zomato, there are various who have come up with their support with their tweets.

After Effects Of the Controversy-

However, such sensitive religious issues are not popping out for the first time. Twitter also witnessed the #BoycottAmazon app in the month of May. The controversy included Hindu god images on the toilet seats.

Sensitive religious issues have always created a buzz, with more people criticizing the issue, many come in support. Astrology experts say like the past years, this is again the downtime of Zomato due to the influence of Saturn.

Zomato will yet again resume its operations and will have a healthier customer base. People have been in a mood of temporary outrage over sentimental issues but with gigantic influence, the company will soon garner more eyes with its effective and efficient on time services.

Mercury Opposite Sun Transit: A Rare One
Views: 3096