Each Zodiac Sign Is Either Water, Fire, Earth Or Air, Do You Know What’s You? 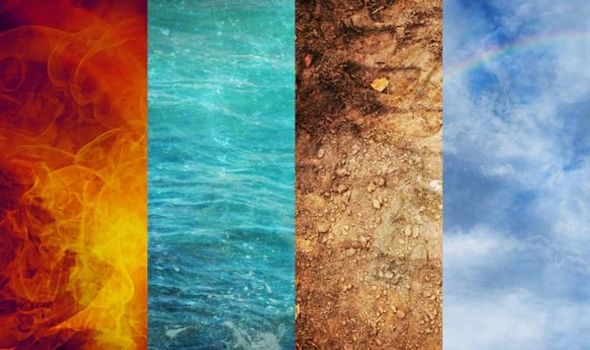 After all those breakups and sober nights, if your heart has you thinking that being in a relationship isn’t your cup of tea, then you actually need some starry advice.

So what could be done? Possibly, take cues from astrology.

Astrology has many concepts that help one understand a human’s traits to a required extent. For example, you can ask yourself What is my Zodiac sign element? And the findings will tell you a lot about yourself. Likewise, you can find someone else’s zodiac element and get an initial understanding of them.

Zodiac Elements. What are they?

Astrology is a very broad concept as it doesn’t limit itself to mere 12 zodiacs signs. These signs can further be broken down on the basis of Dualities: Masculine and Feminine, the Elements: Fire, Earth, Air, and Water, and then Modalities: Cardinal, Fixed, and Mutable.

Wondering that’s way too much syllabus to consume? Well, trust us it would be so much fun to learn about these.

With that being said, in this blog, let’s start with first understanding the significance and meaning of elements in astrology. And how one element differs from the other.

Significance Of Elements In Astrology

While reading your horoscope or random astrological facts about zodiac signs, you must have found the mention of Elements. What are they?

In very simple words, knowing which element rules your zodiac sign can help you understand your nature. These elements describe abstract states of matter. The four elements in astrology can be regarded as four basic principles of life a balance of which is very necessary.

Moreover, elements can also help you understand what other zodiac signs you are most compatible with yours. For example, a Scorpio or Pisces in real-life might be poles apart in the way they dress, their personality or the fact that they could pass the aforementioned exam or not, however, emotionally, their element, i.e. water, helps them connect with each other. If they have feelings for each other, they would make great partners. This is because they two share the same element and thus, somewhere, the same cosmic traits.

Also Read: 22 Lucky Things To Keep At Home As Per Vastu Astrologers

However, compatibility, luckily, isn’t just restricted to signs with similar zodiac elements. Like for example, a water sign, Scorpio, can not only share a good bound with other water signs but also Taurus, which is an earth sign. Think how the rain (water) and plants (earth) support each other. Similarly, a fire sign can be compatible with an Air sign too (think oxygen plus flame).

However, there is a different side to the theory too. For example, water and fire signs won’t be compatible for obvious reasons. The relationship here could be dramatic and passionate but might lead to the extinguishing of fire (energy) and scalded water (emotions).

So now that you have understood how elements work, below is a brief to help you find what element represents your zodiac sign.

The place where all other elements reside, Earth. The Zodiac signs with Earth as their element would keep your world spinning. How poetic is that? People with Earth elements are said to be very grounded and humble in nature. Moreover, they are known for being stable, sensual and good with wealth.

However, Earth Sign zodiacs can also be ruthlessly rigid in their approach towards life, which is something they need to work on. One must always remember that even mighty trees have to bow down against the wind so that they don’t break. Try to harness that approach in you; Taurus, Virgo and Capricorn and rest you are doing great.

Air sign is a symbol of communication and intelligence. Hence, Gemini, Libra and Aquarius do great jobs that involve connecting with the mass like writing or even journalism. Emotionally, air signs are very well-guarded and won’t think twice before ghosting you on the first sign of incompatibility.

Air sign zodiacs look at life with a “live and let live” mentality and have an eye for detail. Also, socially they are very active thus usually have a wide friend circle. At last, air signs are also the most forgiving signs of the zodiac.

Water babies in the house are Cancer, Scorpio and Pisces. If you are anywhere around these signs, rely on them for the healing and rejuvenation they can offer. Also, water signs best match the Earth signs and together they make the best couple ever know. That’s the only reason why the world wishes for compatibility like Taurus and Scorpio. Water sign zodiacs are feminine in nature, which is a trait that makes them the deepest lovers you would ever know.

The fire was the first element to walk the earth when the universe was created. Ya right, the floor was actually lava some gazillion years ago. This factuality of Aries, Leo and Saggiatturis, make them want the centre stage whatsoever. However, this approach is sometimes noted as their selfishness.

The positive fire sign traits, however, are that they are the most passionate, creative, inspirational, bold, and the most competitive people you can be around. Just like fire can climb a mountain effortlessly, a fire sign can do and achieve anything if they decide to go for it.

So did we help you find your zodiac element? What is it? Maybe drop a hint in the comment section below and we would try to guess it. Game on!!

For better understanding, all the Fire and Air signs are masculine and Water and earth signs are feminine.

Masculine signs utilise outside energy and are “people’s-people”. Their extrovert nature helps them socialise and connect better with the people around them. They tend to be more logical and depend on outer strength to deal with problems on the plate. However, if they don’t get the attention they seek, they have the tendency to get quite agitated, which not only harms them but also the people around. Essentially, masculine signs prefer to seize the moment, are more into making things happen and change what doesn’t suit them with their actions and choices.

Feminine Signs, on the other hand, are confident about their own energy and are more individualistic. You would find these signs sitting in the corners or by the lake all by themselves or with small friend groups. They try to harness the inner discipline and think more practically then masculine signs. Moreover, they tend to deflect attention to others. If you seek opinion in terms of life, feminine signs would have the best in their kitty. Just like water does, the feminine signs absorb the energy from their surroundings and process it within themselves to better understand the world out there.

Another way to understand astrology or a person is through what we call modalities in astrology. Modalities consist of Cardinal signs, Fixed signs, and Mutable signs and are simply three major categories into which all zodiac signs are, once again, divided.

Just like elements are three zodiac signs grouped into four categories, modalities, on the other hand, are three groups of four signs each; also called quadruplicities. If guessing how elements and quadruplicity are different, it is simply in what they represent. While the elements represent certain qualities that a group of zodiac signs entertain, the modalities represent the manner in which those qualities are expressed.

Cardinal signs are said to be the frontrunners and they represent beginnings. Like the beginning of new seasons. For example, Aries is for Spring; Cancer for Summer; Libra for Autumn; and Capricorn for Winter. As cardinal signs represent the beginning of things, they usually end up with the qualities of a leader. They have a creative side that empowers them to start something, which could be for the greater good or simply a self-ordained gesture.

For example, Aries, as a cardinal sign, likes to do things urgently meanwhile Libra, as they represent the air element, like to do it in a balanced way. Overall, the tendency of Cardinal signs to head start results in a lack of stability and hence may need to be paired with a fixed sign for more balance in their lives.

While cardinal signs begin something, fixed signs, give it stability and a form that’s more acceptable to people around. For example, consider a farm. People associate a farm field as a place where one grows crops. If you don’t maintain a field (water it, sow seeds, plough it) then nature will reclaim it. Fixed signs do just that. They help in ensuring stability to something once it has started. Stable, however, doesn’t mean doing nothing. Stabilising is to keep the form of the field intact by regularly watering it, ploughing it so that nothing much changes.

Lastly, mutable signs represent a shift or maybe an end. Like the end of a season. Mutable signs, unlike fixed signs, don’t resent change; they accept it for things are supposed to change with time. In simplest words, the mutable signs end a cycle and lead to the beginning of the new quadruplicity.

What this represents is that Mutable sun signs think from multiple perspectives. They mingle well with people they meet and are non-judgemental. Mutable sign like Virgo brings an end to false beliefs. Sagittarius brings an end to ignorance. Pisces brings about the end of emotions through dissolving into the oneness of all things.

Swayamwar weddings have never survived, will Mika's be any different?
Views: 4281

Mika Singh's Kundli: Everything you need to know
Views: 3107