Vaani Kapoor’s upcoming movie, Shamshera, will it be a success? 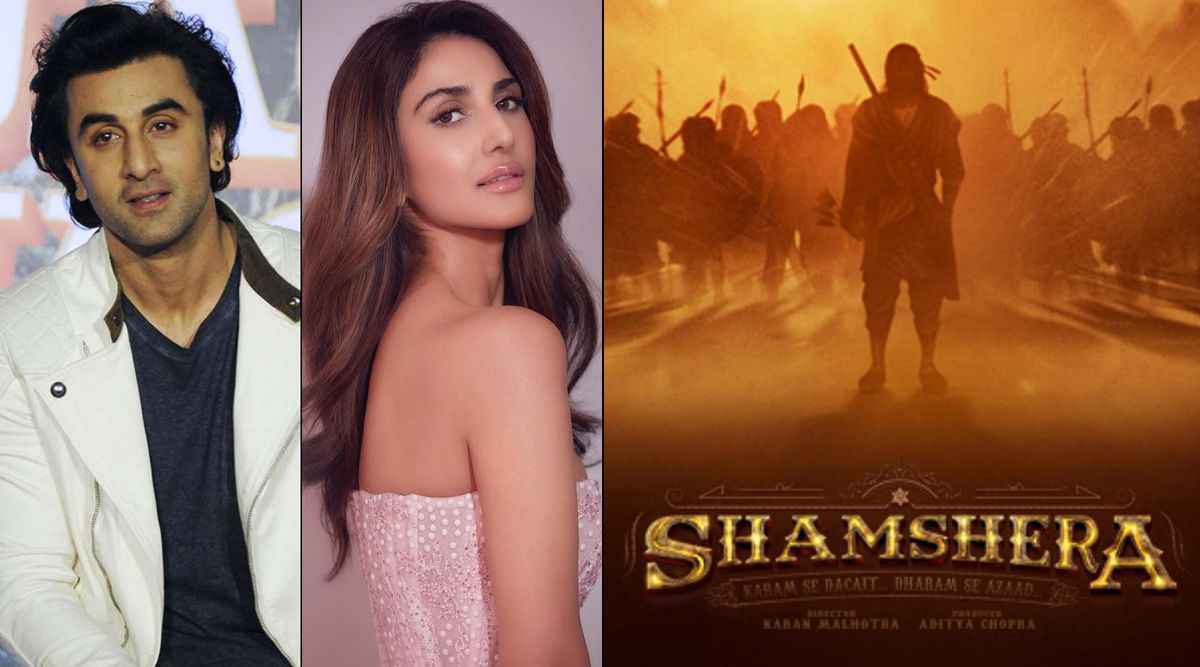 If Bollywood were a dream, Vaani Kapoor would never want it to end for herself. And if you ever wish to be lucky, pray that you are as lucky as Vaani Kapoor. Reason?

Well, ever since Vaani Kapoor made her debut in Bollywood, she has only risen to fame. In fact, within 5-6 years into her career, she has already worked with some of the most talented actors in Bollywood, including Shahrukh Khan, Akshay Kumar, Hrithik Roshan, Tiger Shroff, Ayushmann Khurrana and now is all set to appear alongside Ranbir Kapoor and Sanjay Dutt in her next film Shamshera.

Shamshera, releasing on July 22, will be Vaani’s eighth film in Bollywood. The teaser of the movie was released two months ago. While there is no official confirmation, but reports claim that the movie’s plot revolves around dacoits of pre-Independence India, something that the teaser seems to support.

The film Shamshera is surely special for Vaani as she gets to work with yet another talented actor. But it is equally special for Ranbir too, as it would be his first movie after getting married to Alia Bhatt.

Also Read: Zodiac Signs Who Are Best Kissers In Astrology

If reports are anything to go by, Ranbir in the movie will play a double role as both the titular character and his son. The film also features Ashutosh Rana, Saurabh Shukla and Ronit Roy.

Will Shamshera be a success for Vaani?

Vaani Kapoor’s birth number is 23, 2+3= 5, which is ruled by Mercury. The placement of Mercury in her chart allows her artistic skills and intellect to make the best professional and personal decisions in life. And this is the reason why most of her films have done well at the box office, if not best, allowing her better recognition than the so-called star kids.

Vaani Kapoor astrology kundli shows that she is born with a strong Jupiter sitting in its own sign, Leo, during her birth. Hence, over the years, Jupiter has been a saviour for Vaani and has ensured she gets enough recognition for her hard work in any field she chooses.

When Shamshera hits the big screen, astrologers note that Jupiter will again be placed in a favourable position for Vaani and will be afflicted by Rahu, which, interestingly, is a positive planet for Vaani.

Also Read: Zodiac Signs That Are Terrible At Relationships

Having said that, as per astrology, Vaani Kapoor’s upcoming film Shamshera will do great at the box office. Also, the same period is one of the best times for her to sign other new projects. Vaani Kapoor’s personal life has always been a secret and people believe she is single. But post-October 2022, she will enjoy the attention of the desired opposite sex besides enjoying the success of her new movie.

For Ranbir, Shamshera will bring him back to the big screen after a gap of almost 4-year. Hence, the success of the film will be crucial for him and for his next big project, Brahmastra.

Astrologers believe that Ranbir’s marriage to Alia will bring a positive impact on his life and career.

In astrology, Moon and Venus forge a wondrous combination of two positive energies. Hence from here, we call only expect a lot of increment in the couple’s personal and professional lives.

Swayamwar weddings have never survived, will Mika's be any different?
Views: 3773

Mika Singh's Kundli: Everything you need to know
Views: 2767