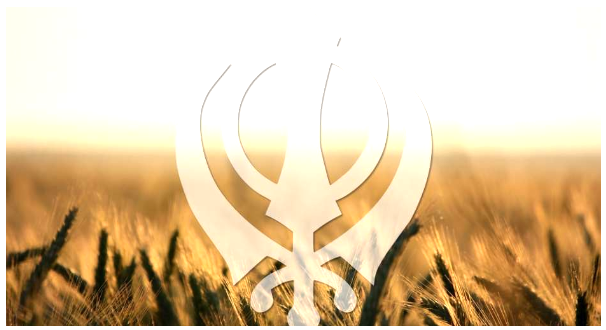 Vaisakhi/ Baisakhi or Vaisakh is an annual Hindu festival with a great historical and religious value. The festival has a major religious association with the Sikh community of India. However, it observes a grand celebration across the country among Hindu and Sikhs every year.

Vaisakhi is a religious as well as a cultural festival of India and it takes place in the first month of Bikram Samvat according to the Hindu calendar. Typically, the festival occurs in the month of April every year in accordance with the Gregorian calendar.

Majorly, the festival has an association with the Traditional solar New Year, Punjabi New Year, and Birth Date of Khalsa. On this day, devotees carry parade and processions on the streets in the honor of the legends behind the celebration of Vaisakhi. Devotees in the parade carry the Nishan Sahib Flag which one of the main observances of the occurring and festivity.

The celebration of the occasion takes place in many forms. Some people carry out procession and parade to offer gratitude to the legends. On the other hand, in Gurudwaras and temples, devotional songs, folk music, and a folk dance is the major way of celebration.

On this day, many Sikhs perform the rituals of Amrit Sanchar (baptism). Alongside this, the Nagar Kirtan and grand fairs are the major attraction of the event.

Highlights of the Festivity of Vaisakhi 2021

The festival of Vaisakhi brings bliss across the country. The Gurudwaras start embellishing and people decorate their homes.

Alongside this, the day of Vaisakhi is one of the prominent days in Sikhism to take a religious dip. Thus, devotees visit the holy ponds of nearby Gurudwaras and take bath. Also, cities and towns are filled with songs, kirtan, and devotion.

The locals around the corners organize enthralling fairs and arrange food stalls to allure the onlookers. In addition, devotees carry huge processions and distribute religious offerings.

In the Hindu religion, the day has the significance of traditional solar New Year. Furthermore, in Punjab people celebrate this day to pray for the harvest. On this religious occurring, people take bath in the river of Ganga, Kaveri, and Jhelum and temples around the country observe a great number of people visiting for devotion and prayers.

In India, due to the cultural differences, the festival of Vaisakhi has several forms of celebration.

Ritual and Festivity of Vaisakhi 2021

Indians are dynamic and so are the rituals of their festivals. Similar to most of the prominent Indian festivals Vaisakhi observes festivity in uncountable forms in accordance with the regional differences.

Most of the people celebrate the occasion of Vaisakhi by singing devotional songs, performing devotion in Keertan, and dancing on devotional folk music. Also, they dress in fine looking for clothes, gather together, and worship in front of God. It is a day when people arrange and participate in the grand procession in the honor of Khalsa Panth.

To express the joy of the occasion, men and women together perform the folk dance Gidda. In each household, women cook delicious traditional food and sweets to celebrate the festival. Therefore, the plates on the table and hearts in the cities are overloaded with sweetness and joy on the day of Vaisakh celebration.

On this day, people from the Sikh community arrange kirtan and Bhandara to perform Seva because the festival holds a special significance to this community. The day observes a special happening called Nagar Kirtan in the form of a procession. Vaisakhi is a religious festival, thus, people chant sacred hymns from the holy Guru Granth Sahib during their march in the Nagar Kirtan.

Mythological Reasons behind the Celebration of Vaisakhi

Each Indian festival has a historic and heroic reason behind its celebration. The festivity of Vaisakhi also takes place because of eccentric historic events.

In accordance with the legends, it is the day when in the year 1699 Guru Gobind Singh Ji, the tenth Guru of Sikh establishes the Holy Khalsa. The day commemorates the historic event of the establishment of Khalsa Panth.

The event mentions the tenth Guru Gobind Singh who roars in front of a crowd of thousands and asks who would sacrifice their life for the religion. There are five brave men who volunteer to lay their lives down but the Guru denies slaying them and baptize them. Afterward, they become the first five men to form the Khalsa group.

Hence, they become the emblem of purity and courage and are known as the five K’s which are Kesh, Kangha, Katchera, Kara, and the Kirpan. Here, Kesh means uncut hair, Kangha means comb, Katchera means underwear, the Kara means a steel ring, and the Kirpan means the sword.

The celebration of the festival singularly takes place to commemorate the contribution of the five K’s in and the five men.

On the day of Vaisakhi, Guru Gobind Singh Ji administers Amrit or divine nectar to his first five disciples as he makes them Singhs. In 1699, subsequent to Vaisakhi, the custom of Gurus discontinues. Later, the holy book of Sikhs, Guru Granth Sahib becomes the eternal guide for one and all.
Hence, after the day of declaration, the entire Sikh community prays and devote to the great Guru Granth Sahib.

Celebration of Vaisakhi 2021 across Different Region of the Country

In most of the Indian states, people enjoy the day in the form of a public holiday. However, in some states, a few private and public firms and businesses operate on this day and offer alluring discounts to people.

In general, Vaisakhi is a holy day for the celebration of Khalsa Panth’s birth anniversary each year. Also, the very same day holds the celebration of New Year in the Nanakshahi calendar. The major number of offices, institutions, and businesses are shut on this occasion.

Alongside this, public transport commonly performs on this day to avail rides to visitors and travelers. Nonetheless, the services do not follow any definite schedule and the roads observe heavy traffic.

Enjoyable Offerings and Dishes on Vaisakhi 2021

Both the Hindu and Sikh community are popular for the dynamic dining allure. Here are some suggestions on what you can cook on the day of Vaisakhi-

The instigation of Khalsa is the mark of integrity, freedom, and belief. It gives the concept of true warriors and spiritual disposition. Also, it marks a rejection of dominance and cruelty.

The festival of Vaisakhi gives the message of bravery and spirituality to one and all.

Vaisakhi 2021 and Next Five Years

This year, the festival of Vaisakhi 2021 falls on Monday, 14 April

These were some major facts and information about the Hindu festival of Vaisakhi and you may also like to read about Karma- the Horse of Our Chariot.

Click here and consult the Best Astrologer of India.

Remedies to Please 9 Planets To Get Rid of Problems
Views: 24929