Venus and Mars conjunction- Effect In Each House 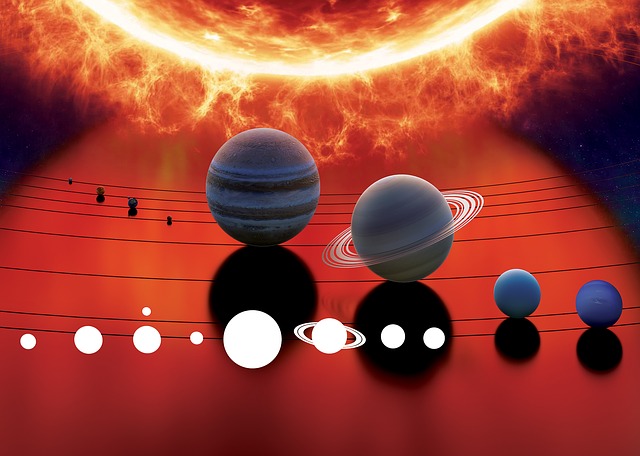 Venus and Mars are crucial elements governing your relationships. Mars represents individuality whereas Venus represents love and relationship. A combination of these two planets makes your relationship a bit messy. Their energies together make a person impulsive, sensual, passionate, and lively. Individuality and freedom are as important to them as being in love. The person having this conjunction becomes very dominating in a relationship. He will hold a respectful position in his clan and will always be a person. There can be dissatisfaction in his sex life. The person has a very warm and welcoming company that makes people comfortable to be around him. They are generally very creative and experimental with his work. They work very passionately to achieve what they want and this can make them go for it to any extent.

The attraction towards gambling and speculations is very high. The person will be polite and will know how to articulate things easily. They might submit to disloyalty, cheating, greed, deception, etc for their benefit. They are very talented and hardworking that makes them attract wealth at an early age in their life. The conjunction, as per our Venus astrology and Mars planet astrology experts, will bring bad results when in 1st, 2nd, 5th, 7th, 8th, and 12th houses.

Venus And Mars Conjunction in the first house

The first house in the astrological birth chart is known as the ascendant. It represents the way you portray yourself to the world and the way the world looks at you. It also represents our expectations of the way you want to be treated. The conjunction of Venus and Mars in the first house is not favorable and brings with it many ill effects. Remedies of such ill effects should be carried under the supervision of Venus and Mars astrology experts. Having this combination can have the following implications: The person will suffer from Phlegm and other disease-related to respiratory infection. They will work hard but will not be able to receive good returns and will continuously have to struggle to gain success. Also, they will have to face constant failure in his life. Their relationship with his son will not be fruitful and his son will be valourous.

Venus And Mars Conjunction in the second house

The second house in the birth chart is generally about finance, relatives, and speech. The impact of the conjunction on the second house is not advantageous and comes with many problems like the person will be sickly and will have disprespectful habits like untruthful. Venus and Mars will directly affect his character in bad directions. There will be secret issues with the relatives that will be hard to solve.

Venus And Mars Conjunction in the third house

This house is the representation of siblings, journeys, communication skills, interests, hobbies, power, etc. The conjunction of Venus and Mars in this house has a favorable impact on the life of a person. The person with the combination is skilled in sculptures and is inclined towards entertainment, acting, and drama. They will be of a spiritual personality with strong beliefs and will be faithful and loyal. Additionally, they will be an avid traveler and will especially love traveling for pilgrimage.

Venus And Mars Conjunction in the fourth house

The fourth house represents your family. It indicated your family heritage, manners, property, relationships, and health, etc. The person with Mars in the 4th house will be blessed with plenty of wealth. They will have a rich family heritage. Their mother will also have a wealthy family background. Additionally, they will not face any problem with regards to finance in his life.

Venus And Mars Conjunction in the fifth house

This house is a representation of what makes you feel good. It talks about pleasure. It is generally self-expression that makes you happy. Venus in 5th house with Mars in 5th house of the birth chart are harmful. The person will attract many enemies throughout his life. They will commit many sins in his life that will cause them serious problems. Apart from these negative elements, the combination in this house is good for technical studies.

Venus And Mars Conjunction in the sixth house

The sixth house indicates health and wellbeing. This house tells you about your ability and approach to deal with mishaps and problems. Venus and Mars in this house make a person mentally strong. The person will be knowledgeable and intelligent. They will possess a learned and dominating personality and live disease-free and healthy life. Also, their nature will be a bit cruel to deal with.

Venus And Mars Conjunction in the seventh house

An important element of your life having a partnership is governed by this house like in marriage. 7th house is the partner house and talks about collective efforts and cooperation. Venus in 7th house with Mars in 7th house has a negative effect on this house. It makes a person vulnerable and poor. They will face many problems in his married life that can lead him to divorce. They will be discarded by people easily. Also, they will face monetary issues.

Venus And Mars Conjunction in the eighth house

8th house deals with death, your life age, and sudden events in your life. It tells about your nature of death and your total life span. It also tells about wealth, both sudden gains and losses. Also, wealth received through inheritance. The person with Venus in 8th house with Mars will be not of good character. They will earn their wealth through cheating and illegal manner. However, due to the presence of Venus in 8th house with Mars in 8th house too, such people are likely to suffer from sexually transmitted diseases and will have a morally corrupt personality.

Venus And Mars Conjunction in the ninth house

This is a religious section of your birth chart dealing with your religion, luck, karma, ethics, and higher learning. Venus in 9th house with planet Mars makes the person elegant and charming. They will be known for his principles and beliefs. They will always hold a respectful position for that case. However, they might face some problems in dealing with his father.

Venus And Mars Conjunction in the tenth house

The 10th house describes work and profession. It tells about the type of work that will suit a person and how they will be able to achieve success in that field. Venus in 10th house with Mars will advantage in this house a lot, especially in a materialistic way. The person will live a luxurious and wealthy life. Their nature will be submissive and appreciated by others. Also, they will be very successful in terms of materialistic life

Venus And Mars Conjunction in the eleventh house

This house is the house of income and gain, also known as Labha house. It tells how mostly you will earn money. It also governs your interest in social matters. In this house, Venus in 11th house with Mars will make the person courageous and blunt in their talks. Thet will be talkative by nature. Owing to this, they will earn income from various sources.

Venus And Mars Conjunction in the twelfth house

The last house of your birth chart signifies the ending. It generally says about seclusion, solitude, and emancipation. It gives detachment aspects to your life and the way of letting things go. This house is very important for monks etc. Herein, the combination of Venus in 12th house with Mars in 12th house is a bad placement in Vedic astrology. The person will not easily detach themselves and will suffer in the process. They will have no mental peace and will always be entangled in the vicious circle and will be in the company of mean people. Also, they will suffer a bitter relationship with their son. To find remedies to these problems, a Venus planet astrology expert or Mars astrology expert can be consulted.

Further, you may enjoy reading The connection between your age and the planets

To know more about planet Venus astrology and Mars astrology tips, talk to our expert astrologers.

Which Smartphone You Should Buy According To Your Zodiac Sign?
Views: 4452

How To Start Your Day According To Astrology
Views: 1823

Which Car you should buy as per your Zodiac Sign
Views: 6866