Each Zodiac Reaction To Awkward Situations 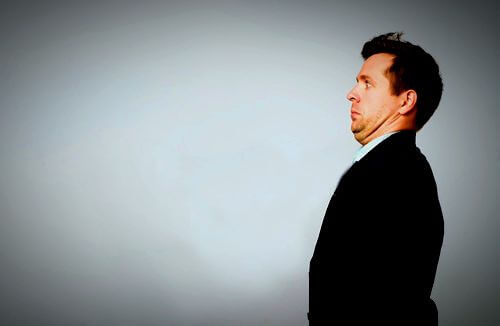 Awkward Situations do arise in front of us in various stages of life. Personality contains a rudimental constituent in itself to manifest its definition to the world. This is the Stimulus-response in any situation just parallel to that very particular situation.

People have different types of responses to situations. Yes, our personality makes us react towards any stimulus but our reactions are also linked with our zodiac. Here is to see how we react in an awkward situation according to our zodiac

Behavior Is Unpredictable Including The Awkward Situation Too

We can’t prognosticate the way of a person’s maneuver in any situation. It is because everyone has its own mental set to perform any act. Some people are able to maintain their personality even in a weird situation.

On the other hand, there are some people who become uncomfortable even when there is no awkward situation but they feel just because of their cognition. So, it is what our cognition makes us achieve and we convey the situation in accordance.

Besides the mental set, it is our zodiac which superintendents the reaction specimen of a person. Zodiac signs! Yes, a person is administered while reacting in an awkward situation by its zodiac sign which it belongs to.

Aries In An Awkward Situation

They are really confident and mature to handle any situation unless they get in such a phase where they feel awkward. If their cognition, even a little, demonstrates to an awkward situation, their confidence will get ceased.

They might get much embarrassed and this can make them react which will make no sense. Apart from digesting any awkward situation, the very introductory effort of Aries is to make every possible move not to get in that.

Taurus Become Creative At The Time

Taurus may positively facilitate you because they do not seek to avoid the awkward situation but they do their best to reclaim that into a good one. They are known for their calm nature and peaceful personality.

These two things are displayed everywhere no matter what kind of situation is there. Instead of losing their temper out of having negative cognition for weird, they keep calm and use their sense to fluctuate the situation from negative to positive.

Being A Gemini- The Double Face

Their oscillating nature can really make you astonished. Although they definitely don’t want to be in an awkward situation yet sometimes things don’t go as they assume. When they clenched in a weird situation, they might feel so agonising that they even can hit a wall.

On the other hand, Geminis might reflect a tepid behaviour in that very particular situation too. Instead of getting annoyed by the situation, they might take it so cushy as if the situation may seem much comfy.

Due to their over-sensitive and emotional nature, cancer people make every possible effort not to stab in an awkward situation. They let their feelings go established as an emotion that’s what make them teary almost.

They might become nervous easily. Their subconscious behavior starts to explore the world as you can see them scrolling their feed and checking the text.

Leo- The Other Name of Hegemony

The same condition might hurt Leos as they might fail to monopolize hence they are the first who really want not to be the victim of that.

Apart from their will, if somehow they have to face it, they are very attentive not to be a proclamation of the statement ‘trying to be cool but look like a fool’. They give their accomplishments to make an impression which looks like it is under their feet.

For a great sense of realising the real facts, Virgos do not try to escape awkward situations. They accept them as a part of life and due to this, they scarcely get into awkward. Once or twice if it comes to them, they can even laugh and crack jokes instead of getting agitated.

Libra people prevail just-lover and very social. Basically, they are really extrovert in taking initiatives to explore the world and its people. Initially, Libras want every situation to go frictionless and tranquil. Excluding their expectation, if there comes an awkward situation, Libras simply choose to leave. They try their best to avoid any kind of arguments and foolish act.

Scorpio May Die Of An Awkward Situation Still Show It Cool

Scorpio people do not try to get away from awkward but they do their best to show the things cool. They would play it cool as much as possible doesn’t matter how much the situation is killing them.

Don’t forget to check The story of Chandrayaan 2 mission.

That very particular situation can no doubt implicate Sagittarius and they feel ruffled yet one can hardly recognise that the awkward is affecting them. They don’t let the situation to hold the key to their actions. They try their best to keep control. Their way of reacting is so cool that awkward situation begins to doubt its presence.

Capricorns have the composed feature

There is a similarity in Capricorns and Virgo as they laugh on their weirdness. The awkward doesn’t offend them easily. This helps them to display disciplined behaviour even if the awkward is embarrassing the whole piece of the crowd.

Among all the zodiac signs, Aquarius people seem to the people who exactly follow the theory of human nature. They don’t even try to compose it and this is why they become much uncomfortable and irritate.

Pisces Have A Poor Ability To Deal In Awkward

Pisces have a poor ability to deal with it as they get offended easily but they are not like Aquarius because they at least try to compose. Another thing is that for them an awkward is not like the situation which has peak weirdness but a slightly offensive but funny joke might seem them awkward. So this is like they can easily feel awkward in any situation.

The above-mentioned points are to let you know about the zodiac behaviour in an awkward situation. Do not forget to share your views if you find yourself relatable in accordance.

These were a few points to mention the reaction in an awkward situation by each zodiac sign. You may also like to read about the most aggressive zodiac signs. 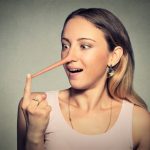 How Each Zodiac Deals With The Breakup
Views: 1363