Zodiac Signs as Money Heist Character- Which One Are You? 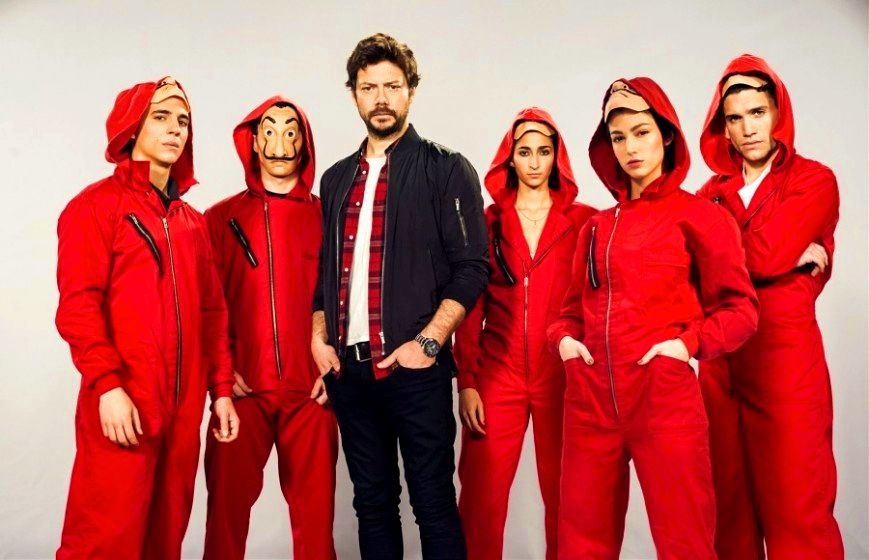 La Casa de Papel aka Money Heist have a tremendous fan base all across the globe.

Following this show has always been enlivening and thrilling since 2017. Now that Money Heist Season 4 dropped, the discussion over the series has paramount importance.

As we know, it is one of the shows with 100% rotten tomatoes. Besides, nobody has anything bad to say about the plot or storyline, character. The narrative follows a Genius Professor who collects a group of people who don’t have too much to lose. They introduce each other by the name of cities and what takes everything ahead is compelling magic.

There are many characters including the Professor, Berlin, Tokyo, and Raquel that you love a lot. Then there are characters like Arturo Roman and Prieto that you hate. In many terms, we can relate these character’s core nature with us. On the basis of the Zodiac Sign, each of us has match with different Money Heist characters.

So, without any further ado, let’s begin the discussion-

Aries under the rule of Mars signifies brilliance, confidence, and independence.

Super smart, shy, silent, and yet extremely empathic. That’s Rio for you. Identical to Aries, he is understanding, brainy, and bomb. He often explodes easily. Under his teary brown eyes, he hides wonders of hacking skills. He is new to the criminal world. Just like an Aries, he doesn’t know how to swindle. However, he is intelligent and knows what he is best at.

An Aries is a perfect match for Rio. They are determined, passionate, and swift with their tricks.

Taurus a sensual sign ruled by Venus, the planet of beauty. Well, so is Monica Gaztambide. She is beautiful and kind. Most importantly, she is super understanding.

A Taurean is the most charming and noticeable of all the Zodiac signs. Once they enter the room, all the heads turn to take a glance. Well, they are worth it. Besides, these people are popular for their generous way of speech and their trustworthy behavior. Regardless of the complexity of a situation, they just won’t leave your side once they pick it. They fight the world with you, for you.

Taurus matches with Monica Gazatambide for how she takes the side of true love. And how she decides to go the edge of a scene for the person she cares about.

I can imagine that weird “hahaha” tickling you right now.

Gemini, a sign ruled by Mercury is popular for their giggly attitude. These people are real charmers. They work silently. They love silently and more than anything they can make anyone fall for them for their reliable and loving nature.

Just like Denver. He comes sharp with the team. He acts smartly. Above anything else, love & emotions matter a lot to him. He would go to any extent in order to protect someone he cares for.

How can someone be this fragile and yet so strong?

Cancer, a sign that falls under the governance of the Moon. These people are blessed with the ability to feel almost everything. With a sharp instinct, they observe quickly and adapt fast. Moreover, love has the foremost importance in their life. They will sacrifice the greatest of designation to taste a bit of love.

Raquel is a match of Cancerians. She has a beautiful heart that worries for all. She put respect on the top of her priority list. Not just for herself, but for everybody, she believes in serving respect on the plate. She is like a storm of love and chaos that only one person can bind in their arms. Besides, if someone tries to threaten her pride, she tells them what hurricane brings.

From splendid Raquel to badass Lisbon, Cancerians are truly her.

Under the pride planet Sun, Leos are blessed with the brightest mind.

The proudest and mightiest, Berlin. Someone who loves the center and doesn’t want to share the limelight. He is a raging, roaring lion who knows how to attack the weakness of his prey. He leads the pack and is the toughest of all. Berlin knows what he wants. To him, the determination of the mission is the priority. Above all, he stands for dignity and is soft & emotional from the inside. Just like LEO.

Just like a perfect blend of disturbing and interesting, Leos perfectly are like Berlin. They are arrogant and yet irrefutable. In the end, they know what is best for all.

Under the bright planet Mercury, Virgos are the best people to have around. These people are impossible to dislike. They are a protector and the warmest of all.

Rarely do you come across a T.V. character which is too perfect that when they leave, it breaks your heart. Moscow is one of those characters from Money Heist who leaves you in tears when he dies. He is very patient, caring, and gentle. The perfectionist inside him hypes his robber character. As when he comes to rescue Monica, all the warmth that he carries flaunts bright.

From his beautiful relationship with his son & Tokyo to his tear-jerking death scene, he keeps you connected to him. Identical to Virgos, he keeps trying to have everyone and everything around him perfect.

Can we just sit back for a moment or two just to adore the brilliance, emotions, and cuteness of this man? I am pretty sure if Einstein was alive, he would be so jealous of the professor.

Libra a sign of love & harmony. They admire gentleness. To stimulate themselves, they read a lot. These people have a significant love for knowledge of all kinds.

Similarly, the Professor knows to perfectly balance things. He is great at planning, projecting. He is the mastermind and he knows to use his caliber. Above all, his empathic accuracy, shy body language amalgamated with the luminosity of his wisdom makes him the ideal. He is someone who believes in perfection at everything. He is the master of trickeries. For sure, his sensible tactics along with his diplomatic words make him a match of Libra.

Secretive, obsessed, and yet Very VERY LOYAL. With the ruling planet Mars, these people believe in the blitz of everything. Be it sensitive emotions or revengeful system, their approaches don’t vary at all. However, these are also immensely trustworthy people.

When the series gets intense and he lands into a fight with Raquel, he would have been a great help to call off the Heist and catch the Professor. However, owing to his fiery nature, he gets drunk and crashes his car in anguish. Which significantly makes him a typical Scorpio.

A Scorpio is a definition of a great friend. They are commonly the finest people to have around. No matter what goes wrong, they would just stick by your side, just like Angel does for Raquel. From the beginning to the end.

With Jupiter on their side, Sagittarius natives are fortunate nomads. They are the truth seekers and adventurers who love to wander in the woods, grass, and oceans.

These people are experience seekers. Similarly, Helsinki has a thirst for experience. He traveled a lot before joining the professor. He is the muscle of his group. Moreover, his expertise in combat and experience in the war zone makes him the most capable person in the Money Heist. Just like a Sagittarius, he knows survival and is not bothered to be compared or threatened.

Above anything else, he loves his friends. At the end of the Heist and all, he wishes to offer love and support to his family. The traits of a rover with a seek to get back home makes him a Sagittarius.

With the shelter of Saturn, Capricorn are typically workaholics.

Nairobi is a violent and hyper character. Whereas Capricorns are commonly famous for their witty and silent behavior. So how is can she match a Capricorn? Well, she is an expert in Minting. In theories, Capricorns are people who believe in expertise more than anything else. On the inside, they love fun and seek high-quality humor. Nairobi hides her vulnerable side and is not expressive about the things or people she cares about. However, deep inside, all her intention to earn & to grow is to get a chance to see her precious son.

After the end of the Second Season of Money Heist when you were flooded with joy, there was a person who had to get bored. (If you know what I mean). Or how else would this diplomatic character make its entrance to the series?

In the governance of Saturn, Aquarians are devoted to their works. No matter what results in their act brings, they simply anticipate the accomplishment of their goals. Similarly, Sierra is pure evil. She aims to tear the gang apart one by one. However, there are plenty of reasons to be crazy about her. Even though she appears pregnant, she bestows a glamour of darkness on the table. It scares you as you want the Professor to win. Yet, she is equally tricky and gives a harsh competition.

As a consequence of her detachment, she matches Aquarius.

With the ruling planet Jupiter, Pisceans receive a benefit of fortune. These people are lovely, erratic, and marvelous. Love them or hate them, you just can’t ignore them.

Talking of Tokyo, she is passionate, luring, smart, and unpredictable. You can never guess what she might do next. Besides, she is super anxious when things get tough. In the entire Money Heist series, she is one of the most fierce characters. You might sometimes dislike her for being so hyper. However, the way she showers love on Rio, Moscow, and The Professor can never stop you from adoring her. Identical to a Piscean, she is a complete mess that has enormous love to offer.

Also, you may like reading Game of Thrones- Which character are you?

Remedies to Please 9 Planets To Get Rid of Problems
Views: 42768