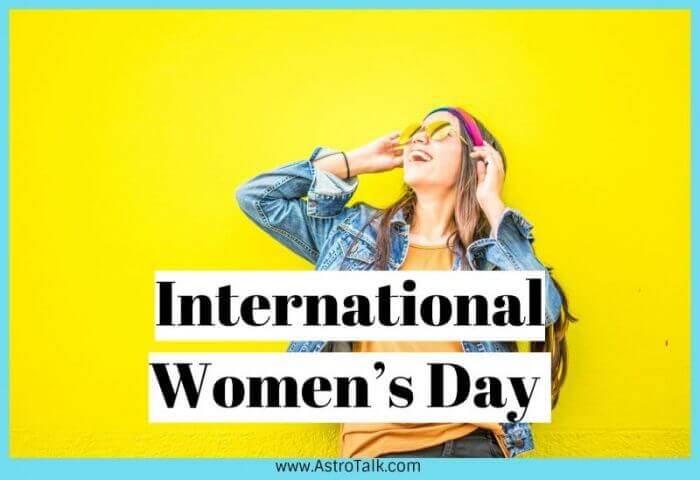 Women give life, she is a wife. If she is a mother, she is a friend too. She is a sister a survivor to the end.  We must a little more appreciate her and ask her worries and make her believe we do care because when she wipes, the tears are invisible in the air. The occasion of International women’s day takes place to salute the greatness of all the women across the globe.

A woman is like a flower that blossoms even after the garden is on fire.

She doesn’t just works, cooks, and clean, a woman draws a meaning to life.

“The story of women’s struggle for equality belongs to no single feminist nor to any one organization but to the collective efforts of all who care about human rights,”

International Women’s Day is all about celebration, reflection, advocacy, and action, a day to shine the light on the ladies who have contributed to society with their hard work.

It’s a day to reflect on progress made, to call for change and to celebrate acts of courage and determination by ordinary women who have played an extraordinary role in the history of their countries and communities. It is said that women are from the planet Venus as it symbolizes love, sensuality, affection, sacrifice compromise, homeliness, food, music, art, festivities, colors and variety, and women is said to possess all the qualities in them.

A pinch of Background

The history of celebrating women day dates back to 1908, women in New York held demonstrations demanding equal voting rights, better pay and better working conditions. To honor their struggle, February 28, 1909, was declared as Women’s Day by the Socialist Party of America.

In August 1910 a meeting was organized in Copenhagen in Denmark. In that meeting, 100 women from 17 countries approved the proposal of declaring a day as International Women’s Day. No date was fixed but yes, the concept came into existence. Many changes took place around the world with regard to this idea.

In the year 1975, the concept of celebrating International Women’s Day was adopted by the United Nations. Until 1977 Women’s day was observed in socialist countries only. Later, when the United Nations started celebrating this day by adopting annual themes, women from all over the world began celebrating it every year on 8th March, Women’s Day has been declared an official holiday in several countries. Internationally, purple is a color for symbolizing women.

Let us move on to some really successful women and what zodiac sign are they ruling along with the whole world in every aspect:

Aries women are all about control and power. They are the ones who make the rules because they are the leaders of their pack. The Aries woman is fully aware of the power she has, and she uses to sit with the utmost discretion and care. She never does anything without thinking of the consequences beforehand. And when she shines, the whole world watches her in awe! You must appeal to and respect her independent nature.

Who doesn’t know Priyanka Chopra the Global Girl? These women have the strength of character and willpower. They are highly driven and headstrong. They are the ones that have the guts and courage to stand up for themselves and for the ones they love. However, behind their strong nature hides a heart of gold. These women are caring and loving and always willing to help those in need. When a Taurus woman fights, the world stops, and when she loves, the world admires.

Gemini women are the thinkers and the creators of the world. The Gemini’s personality makes her able to think outside the box. Her imagination can literally take her anywhere because of her capability that can easily turn her ideas into reality. She never dominates because she knows how and when to use her strengths. Smart!Isn’t? She has the most beautiful thoughts.

She is fierce and passionate on one hand, while generous and caring on the other. She is a magic mess able to change her mood in a heartbeat. As a friend and lover, she is loyal to the grave because loyalty is her preference. She isn’t quick to fall in love. You have to respect her and earn her trust first, but once she’s fallen for you, she will stay in love with you. Break her trust, and watch her never forget it.

Leo women are the world’s greatest visionaries and leaders. Their drive is always high, and it matches their outstanding performance. These women climb the ladder of success and are more than happy to take others with them. And when they fail, they fail with grace and dignity.

The Leo woman is a perfect mix of humbleness and virtue, she has all the energy in the world. Keep things interesting, take her on a spontaneous road trip, hiking to the mountains, a music festival, and keep her on her toes. Let her take charge too. She loves it; she’s a natural born leader. Respect her freedom and make sure to give her space or find her becoming tired of you.

Virgo women are the ones who when it comes to choosing the right thing over the easier option, they always go for the right thing. These women have angelic souls, and it is a real blessing to have a Virgo woman in your life. They are loving, kind, and helpful by nature. Even when they are hurt, they always manage to pull themselves together and fight for themselves. Virgo women are very practical, detail-oriented, and perfectionists.

Libra women are sophisticated, witty and smart.Their higher level of understanding and intellect goes hand in hand with their killer sense of humor. They approach life with dignity and balance and they rarely show their emotions publicly.

They are always in tune with who they are, and their self-awareness makes them sure of the things they want in life.They shine with confidence, and that’s what separates them from ordinary women.

THE SECRETIVE AND PECULIAR LADY

The Scorpio woman is alert, sharp, and down to earth and very clear with her choices in life. She is hell honest with everyone and she doesn’t care if someone gets hurt by her words. Straightforward speakers and passionate lovers, these women would prefer to get hurt with the truth than fall for someone’s lies. Not everyone can handle the Scorpion’s intense personality!

Sagittarian women are incredibly sensitive, and they understand their emotions as well as of others. These women are likely to empathize people more. But, when it comes to expressing their feelings they are stingy and guarded. They only show their true side to only a few people.

So,if they let you enter their world, consider yourself very special. She will always speak her mind and expects you to be equally expressive.

Capricorn women are thoughtful, independent and self-aware by nature. They have perfected their sense of self, so they don’t have any delusions about who they are. They know their strengths and weaknesses perfectly thus they know what to expect in life.

Their vivid inner beauty is what others find inspirational. So, when this woman speaks, she speaks from her soul. She’s very straight-forward about herself and expects you to be too. She will be there to help you succeed in every aspect of your life. In her, you will always find encouragement and motivation.

She understands her own instincts. Pay attention to the way she moves under your touch, this is how she’ll show you what she likes.

These women are born dreamers and fighters.Aquarian women are internally driven to achieve big things and are restless to achieve their ambitions. Highly ambitious and ruthlessly driven, she is the woman that can move and shape the world if she wants to.

She enjoys her independence. She wants to feel like she can be herself around you and with you. Respect means everything to her. Give it to her. Keep it. Don’t lose it. She likes to stand out from the crowd.

Pisces women are the real fountains of honesty, generosity, and love. Their true nature is built only on love. They are highly emotional and sensitive, but they try to hide their emotions. They can cry and fight their battles in silence and they would rather die than show they are hurt. However, they are the first ones to love and help someone who is in pain. Piscean women are the healers that this world needs more.

Congratulations Ladies! You all are one of a kind. Happy International Women’s Day to all the beautiful and extremely talented women out there from AstroTalk Team.

We hope you enjoyed reading about women of all Zodiac Signs. Also, you may like to read Understanding the Complexity of a Pisces Woman.