Mars is the planet of actions, energy, desires, and passion in astrology. It reveals how you present your things or plan your gestures. It also shows your sexual inclinations towards appropriate mates. Moreover, Mars in astrology depicts how you approach your aims and goals and ploy your way towards them.

Of course, solely the planet shows some other results and in conjunction some other. However, on inclusive terms, Mars in your birth chart holds a crucial place in your Kundali, and understanding its significance is of utmost importance. Let us see what Mars in astrology means.

Planet Mars is called Lohit in Hindu mythology and is Lord of War. Also, Mars is Bhumi’s son and got upliftment from a Varaha avatar. Another myth says that Lord Mars was born from Lord Shiva’s blood drop or sweat.

Another story says that an old lady fast every Tuesday. And he son was Mangaliya. So one fine day, Mangal deity disguised as Brahmin and demanded to make self-food. But, with that, he asked her to plaster cow-dung. The lady refused the same and said she would do anything but not cow-dung plaster as it is Tuesday.

Instead, she asked to offer food by sprinkling water, but Brahmin refused the offer. In return, the Brahmin asked the lady to make his son lie upside down to cook on his back. To the offer, the woman agreed, and the disguised Brahmin lit the stove on her son’s back.

When the Brahmin asked to bring his son for the meal, the lady grieved, thinking her son would’ve died after the Brahmin cooked on his back. But to her surprise, her son came running.

The Brahmin further told the lady that her fast of Tuesday was successful, and with her mind, kindness, and total devotion, she shall seek happiness in life.

Also Read: Effect Of Combination Of Rahu And Mars In Different Houses

Mars in astrology is known for spontaneity and actions. Moreover, it illustrates how you execute something in life. What logic your aims and accomplishments have behind it are controlled by Mars in your Kundali or birth chart.

Also Read: Venus and Mars conjunction- Effect In Each House

Placement of Mars in horoscope

Best Placement: Mars shows its best results when placed in the 10th house. Moreover, Mars rules the Aries and Scorpio zodiac signs and exalts in Capricorn. The best-suited gemstone for the same is red coral, and the ideal direction is South. With that, Tuesdays are the most spiritual day to praise planet Mars. Moreover, it is a vital planet for love and marriage. However, Mars in astrology is when, placed in your first, seventh, fourth, eighth, and seventh house, you become a Manglik person according to your chart.

Weak Placement: Mars in the natal chart is weak when in the 5th house. It might lead you to abortions or miscarriage, especially when behaves like an afflicted planet. Also, with the 8th house, you may seek many inauspicious results. With that, it shows ill possibilities when under the influence of a shadow planet Mars may become even weaker and lead to severe injuries and accidents.

Mars is a flaming planet and causes diseases like rashes, wounds, burns, and issues of bile and blood. Moreover, Mars in astrology represents your actions and execution towards different aspects of life, so you may also go through issues related to anger and hatred.

With that, health problems of the liver, ears, nose, and stomach may follow you too. Plus, if you have Mars issues in your chart, smallpox, tuberculosis, and infections of many types may be there too.

Read your fortune from bracelet lines on the wrist
Views: 8672

27 nakshatra trees and their benefits
Views: 3584

Do you have the letter X Sign on palm? Know its meaning
Views: 5039

6 things to avoid on Saturday to escape misfortune
Views: 2271 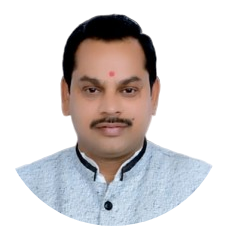