New Year 2020| Know How It Is Celebrated Across The World

New Year 2020| Know How It Is Celebrated Across The World 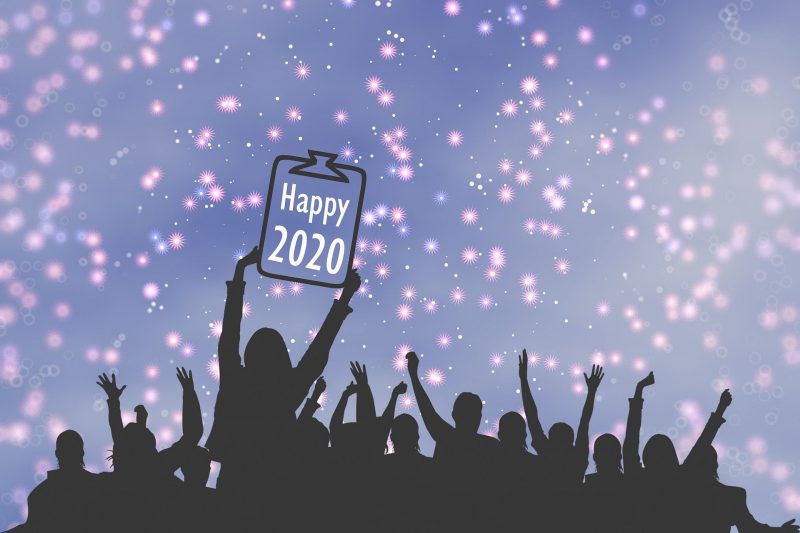 Bid farewell to this decade and with open arms welcome New Year 2020. It’s celebration time, a new-fangled age starts, fresh resolutions are also being incorporated. It’s that occasion of the year that is celebrated in all its extravaganza. A day where everyone indulges in music and social feasts some host party, however, some stay indoors it depends from person to person. But, amidst all the fun and frolic, let’s take a moment to know how this day came into existence.

We all are familiar with the fact that the New year is commemorated on the 1st of January all around the world, but why and how is a question that needs to be answered. Come on let us dig deep into this festivity.

It is believed that the earliest New Year was recorded during the Roman period. The Roman calendar followed the lunar cycle and had the first day of the year beginning in March during the vernal equinox. In that period the year consisted of 10 months and 304 days in a year. Julius Ceaser the emperor found the calendar flawed and so he took a suggestion from a trusted astronomer Sosigenes.

He advised Ceaser to follow the solar cycle, this way 1st January came into being. The Georgian calendar closely resembles the old age, Julian calendar. Further, January the name is derived from the Roman God Janus. God is believed to have two faces, the ability to look in the past and the future.

How the World celebrates New Year

New Year is a festivity that is celebrated all around the world but at different times, because of differed time zones across the world. Basically, 31st is the start of a spree that continues until the 1st of January. Every culture has its own way of welcoming the year. Some countries follow their own calendar like Ethiopia, Iran, Afghanistan.

Moreover, the first day of the year is a public holiday, but in some places offices and shops are open. Some grand fireworks can be seen in Auckland, Toronto, and Brazil as the clock strikes 12. Another interesting tradition followed in Denmark is the smashing of plates at someone’s doorstep. This custom is said to bring luck in the coming year.

Another ritual is eating lentils in the new year to bring good fortune. This is practiced in Brazil. In New York, times square, people gather around a pole to witness a glowing ball dropped at 12 to start a new year. Some countries especially Finland, have a tradition of dropping a melted metal in cold water.

The shape formed is then used as a prediction of the future. Romanians dress up as bear at midnight to keep evil spirits away. Throwing old furniture out of the window can be witnessed in Johannesburg, a way of getting rid of everything unwanted. Ringing bells in Japan and South Korea is widely popular. But generally, the new year is celebrated by going out on dinner, spending time with families and friends. Partying and getting drunk on the eve is a common occurrence. Formulating resolution is common to spark a positive change. Staying in and watching movies is also a great idea to spend one’s new year in peace.

Welcome New Year 2020 with enthusiasm and be ready for the rest of 12 months. Many people get a personalized reading from an astrologer to stay prepared for what’s coming. Get a detailed analysis of the year 2020 on all matters related to career, health, relationships and marriage only on AstroTalk. Learn how to stick to your resolutions and aims and turn them into your greatest strength. Our experienced and credible astrologers will guide you in the right direction to make full use of the year 2020.

You may also like to read: Dry January- Is Leaving Alcohol Worth a Try