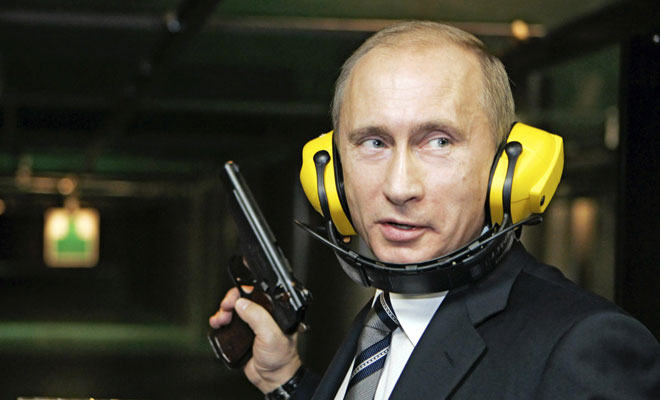 Tensions are there on the borders of both the nations—Russia and Ukraine. More than 100,000 Russian armed forces have stationed themselves in the plan of invasion. Where, Russian President Putin is all set to take over the country, Ukraine’s President Zelenskyy is constantly making moves to make things better for his people. To guide the way towards the same, we have got you the Russia Ukraine Conflict astrology, which shall help you know better the chances of Putin in this big crisis.

Yes, it did. After 2014, Russian forces sapping unmarked uniforms captured Crimea (an important Peninsula on the Black Sea). Later, pro-Russian separatists supported by the Russian military and troops invaded the Eastern Ukraine area. It was set up into two mutinous Republics—in the Luhansk and Donetsk regions.

What does Russia want from Ukraine?

According to sources, the Ukraine-Russia conflict is more about what the country of Russia doesn’t want.

Russian President Vladimir Putin mentioned that NATO’s expansion is menacing. The fact that the country of Ukraine might join the European Union and NATO is what Putin is worried about. Back in time, he even wanted Ukraine to give a guarantee that the nation would not join NATO. Also, he wished that NATO should order the troops in the other East European nations to back off.

The next reason for this Russia-Ukraine crisis is the city of Kyiv. It is the capital of Ukraine. However, according to Putin, it used to be a part of the Soviet Union. Also, he stated it as “The Mother of Russian Cities.” It is the reason Russia wants to have it included in its borders instead of Ukraine’s.

Lastly, the reason for this Russian urge is to prove itself as a superpower again. In one of the speeches, Putin even said—“You didn’t want us to be friends, but you didn’t have to make an enemy of us.”

He basically wants to repeat the history where great powers were in front of each other face to face. It could, however, make things worse for everybody around and in the world.

When our astrologers analyzed the birth chart of Vladimir Putin, it was seen that he is a Libra ascendant.

This Yoga in the Kundli of Putin will help him make decisions like a King. He will act smartly, and hardly any decision of his would go wrong or against him. And, as a ruler, he would also gain respect as a reputed ruler (seen with his outbreak against Ukraine).

According to the Russia Ukraine Conflict Astrology, this Yoga is highly responsible for not-so-working tactics against Putin. Adhi Yoga, in the horoscope of Vladimir Putin, makes him a person who would win over his enemies. And, the proof of the same is what we have been since the Ukraine-Russia crisis has started.

According to Russia Ukraine Conflict Astrology, Vladimir Putin will definitely make sure that its people in Ukraine are totally safe along with his military base. Also, the Russian fleet which is in Crimea is protected. It is so because the troops in Crimea would be his topmost hindrance in front of NATO.

Putin has his Jupiter in the Aries zodiac sign. It would clearly give him the opportunity to be successful when he will take any action against Ukraine or in favor of Russia. He would hardly wait for others to take any kind of action. Also, Vladimir Putin would definitely prove to the countries who are keeping an eye against him his best shots, in the conflict of Russia and Ukraine, according to astrology.

Moreover, currently, Putin is under the Mahadasha of Mercury with an Antardasha of Ketu. It will make him experience the mental consent he would want. And, with the support of benefics in the chart, it will make him immensely wise in his moves and tactics to capture Ukraine. With the Ketu Antardasha, he might get into some unrealistic expectations, as per Russia Ukraine Conflict astrology. However, with the right tactics and the support of planetary motions, Vladimir Putin has a high chance to win and accomplish all his plans for Ukraine.

Also Read UP Election 2022: Who The Planets Are In Favour Of? and What users have to say about us

Read your fortune from bracelet lines on the wrist
Views: 8480

27 nakshatra trees and their benefits
Views: 3540

Do you have the letter X Sign on palm? Know its meaning
Views: 4889

6 things to avoid on Saturday to escape misfortune
Views: 2195