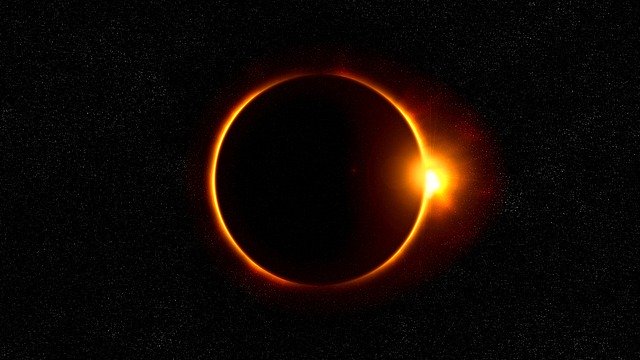 Swarbhanu the Asura takes the form of Devta and stands with them to consume Amrit. Spotted by Surya & Chandra, who alerts Mohini (Avatar of Vishnu). Learning about the conspiracy Vishnu releases the  Sudarshan-chakra onto the asura and beheads him, but till then the nectar already makes the way till his throat giving the head a new Immortal identity of RAHU while his body, called KETU stays refrained of the nectar. RAHU, at that point, unhesitatingly assaults the Sun (and KETU assaults the Moon) and is said to swallow it, and to cause the “Eclipse”!

Since RAHU has no body he cannot digest hence the sun gets released, and the Eclipse ends.

Solar Eclipse and Rahu’s Role in It

Meaning: “By His refulgence, the sun and moon become lucent” In other words, the luminosity of the sun and the moon is borrowed from God.  They may lose their glow someday, but God can never lose His. Such brilliance, There is one supreme power and even the God of light have to pay his debts. Vishnu will continue to create a balance between Devas and Asuras. Maybe by the means of  Solar & Lunar eclipse Vishnu is doing justice with Swarbhanu (Now, Rahu & Ketu).

Vishnu will continue to create a balance between Devas and Asuras. Maybe by the means of  Solar & Lunar eclipse Vishnu is doing justice with Swarbhanu (Now, Rahu & Ketu)

This reminds me of one more Verse from Hanuman Chalisa:

Yug Sahastra yojan par Bhanu(Sun)! Leelyo taahi madhur phal janu!! ?
Poor Sun, After all, Rahu wasn’t the only one to swallow the Sun, Lord Hanuman thought of it as sweet fruit and swallowed it too. Good for Indians though we didn’t spend millions like Greeks to know the distance between Sun and Earth, Lord Hanuman did the work for us.

Connect here with Astrologer Samartha for Horoscope Analysis and Remedies.

Further, you may like reading about How To Start Your Day According To Astrology 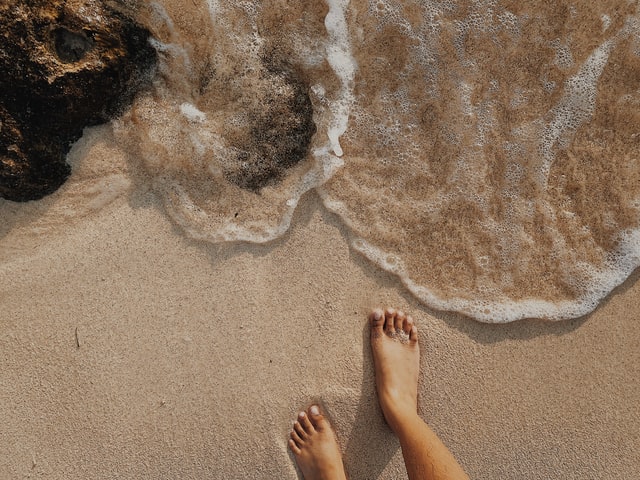 How walking barefoot on grass can improve Shani (Saturn) in kundli