Some popular Superstitions around the world 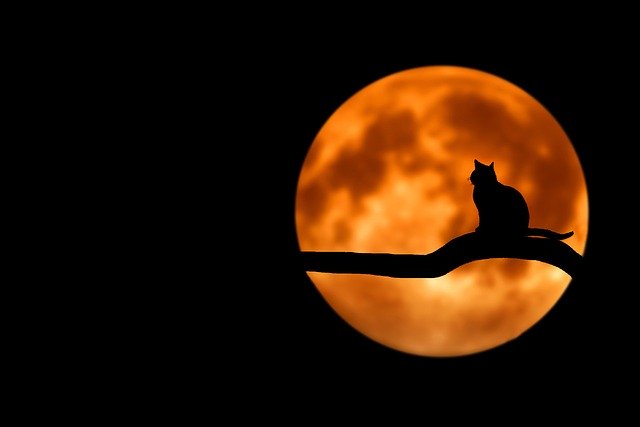 Yesterday, while going to buy some essentials, a black cat crossed my path. This incident reminded me of my childhood days when my mother used to tell me not to do this or that because she believed that it is a superstition and it will bring bad luck. So, as soon as I reached home, I thought of writing this article and tell you about some weird as well as funny superstitions across the world. So, let’s begin with the black cat only.

The cats have always played a mythological role in history. However, nowadays today many people keep cats as their pets. But still, there is the most common belief that one should stop when a black cat crosses your path. This superstition most likely arises from the old belief when the witches and other evil spirits were believed to take the form of cats.

Remember what your mom said when you along with your two friends stepped out of the home at night. Obviously, she might have asked you that three brings bad luck and must have asked you to either go in a group of two or four. Well, it is not only your mom, but it is a very old superstition very common around the world.

Also, this is a common superstition that one should not give birthday wishes to a person before his birth date. In Russia, and in some other countries too congratulating someone before the day arrives brings bad luck.

A tradition is also that one should never directly go to his or her home after the funeral. People say that doing so an evil spirit may tag along and come to one’s home.

-Avoid sleeping with your head towards the north

In Japan, there’s a superstition that sleeping with your head in the North direction brings one bad luck. This belief arises from the fact that the deceased is laid to the rest in this direction.

Your mother would have obviously told you at least once in your childhood not to play with the scissors. The belief says that idly playing with the scissors brings bad luck and it’s dangerous as well.

-Don’t get a haircut on Tuesdays

A belief that is common among people, especially in India states that one should not get his or her hair cut on Tuesdays. A legend stated that doing so will lead to bad luck.

-Don’t walk under a ladder

Most of us would have heard of this one. This superstition dates back to medieval times. And, this superstition is because in those days the ladder symbolized the gallows where people were hanged.

According to superstition in Italy, if you and your friend say the same word in unison, you will never get married. Also, to undo this bad juju, one should touch his nose without taking a moment.

-Don’t enter a room with your left foot superstition

At least in weddings, you might have noticed that a bride is asked to enter her new home with the right foot. This is a superstition in Spain as well that entering a room with a left foot will bring bad luck.

-Don’t trim your nails at night

Ah! This is also a superstition that is common all over the world. Many cultures believe that cutting or trimming your nails after the sun goes down brings bad luck. Also, according to Japanese news, this can even lead to premature death. Hence, trimming your nails at night is a big NO.

-Don’t Jump over a child superstition

Well, this is the weirdest superstition I came through. In Turkey, it is believed that jumping over a child will curse them to be shop forever. Therefore, people in Turkey avoid jumping over children.

-Don’t place two mirrors opposite to each other

Placing two mirrors directly opposite to each other may look cool. However, it is said that this opens the doorway for the devil.

According to German superstition, cheering with water means that you are wishing death upon the people you are drinking with. Also, this superstition is common in Greek Mythology.

Whistling is the most common thing that most youngsters do look cool. However, whistling indoors is not considered good because the whistling sound is believed to summon demons.

Also, you may like to read Twitching in Body Organs: Know what it signifies

Know the impacts of the Sun and Saturn conjunction in different houses 5 zodiac signs that will be lucky in 2023 Monday Fast: Katha, rituals, meaning & importance Know Your Lucky Numbers For 2022 As Per Numerology Hidden Mystery Behind The Number "786"

Vastu Tips for Living Room- Give Your Home a Touch of Fortune
Views: 2231

Rakshabandhan Special: What type of sister you have?
Views: 1906

Trust Issues- Zodiac Signs That Have a Hard Time in relationship Due to It
Views: 3914