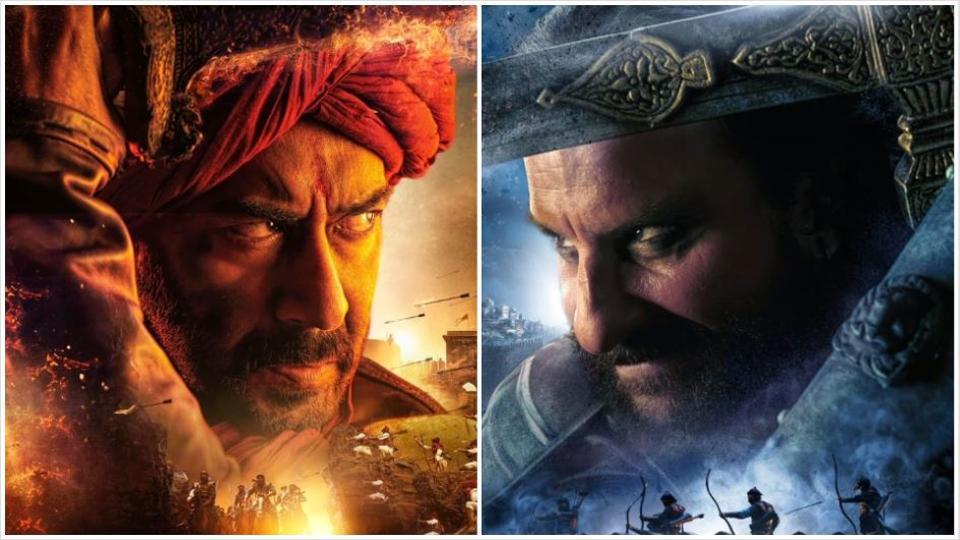 With films like Total Dhamaal and De De Pyaar De, Ajay lists himself among actors who have given strong returns in 2019. However, his films saw 32 percent and 20 percent returns respectively. Tanhaji is going to be Ajay’s 100th film which is not a small achievement and he shows no sign of slowing down. However, Saif Ali Khan will also try to bring his career back on track with this movie. So, in this context lets talk about Tanhaji Movie Prediction- Hit or Flop?

Overview of The Movie

Taanaji – The Unsung Warrior is an Indian Hindi language Action, Drama-Historical-Period film based on the life of Tanaji Malusare, a 17th-century Maharashtrian Marathi military leader. The film stars Ajay Devgn as Tanaji Malusare in the titular role and Saif Ali Khan as the main adversary Uday Bhan. However, Kajol is playing the role of Ajay’s on-screen wife Savitri Malusare. The film is directed by Om Raut and produced by Ajay Devgan Bhushan Kumar & Krishan Kumar. The whole cast and crew are made under the banner of Ajay Devgn FFilms & T-Series.

Tanhaji showcases the epic Battle of Sinhagad fought between Tanhaji Malusare and Udaybhan Rathod. Moreover, a biographical period drama based on the life of Tanaji Malusare who fought alongside Maratha King Chhatrapati Shivaji Maharaj.

Tanhaji: The unsung warrior. The movie is set to hit the theatres on 10th January 2020. Tanhaji is a historical drama based on Subedar Tanhaji. He was a military leader in the army of Chhatrapati Shivaji Maharaj, who lost his life in the battle at Fort of Sinhagad. Ajay Devgan and Saif Ali Khan are playing a lead role in this movie.

Ajay Devgan’s Jupiter will be in 8th Bhav in this duration. However, Saif Ali Khan’s mars will also be in 8th Bhav, which is not a good indication.

Between Monday, January 6th to Monday, January 13th, 2020 we are going to see a historic line-up of planets in astrology. However, planets like Pluto, Ceres, Saturn, and Mercury will stay at 22 Capricorn.

This movie may touch 100 crores club. However, as the budget of this movie is 150 crores, it will lie in the category of an average or good movie. The movie is going to open the doors of success for Saif Ali Khan.

You may also like to read Panipat: what planetary positions suggest: A hit or a flop?