Traits that make Zodiac Sign Their Own Worst Enemy 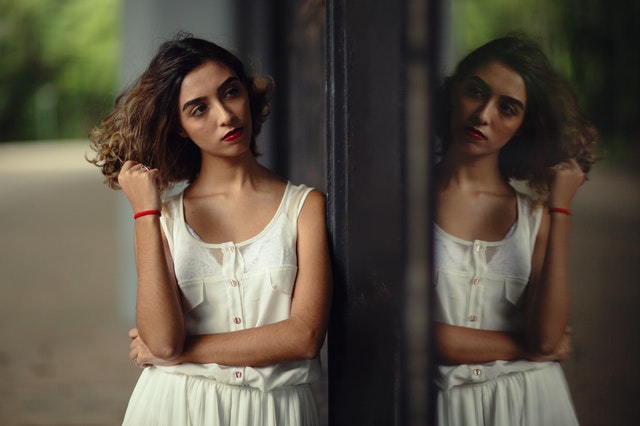 Every zodiac sign has Traits that make them Their Own Worst Enemy!

We all like blaming everyone else for our own failures, but most of the time the only person at blame for your failures is in fact-you!  Now, this thought can be a pain in the neck, but there are characteristics that you have that do nothing but inhibit or impede you. Whether it be your self-seeking behavior, envy, or a craving to be liked, everyone has that one guilty pleasure that lets them down time after time. How can you be your own worst enemy based on sun sign?

There’s nothing difficult than accepting and atoning yourself! Your people or career might be coming to pieces, but the most throbbing thing is looking at your twin inside the mirror and knowing that it was you that caused all this trouble due to unforeseen circumstances. Nothing in this world is flawless, not even the arrangement of your stars! We each have traits that disappoint us, so the primary thing to do is be conscious about them so as to not fall into the same old traps. Overcome these venomous components of your character.

Sometimes it’s good to listen to others too. When it comes to taking (or don’t take) advice from others, Aries you are most likely to sabotage yourself. You being so strong-minded yourself have a likelihood to think that your way is the best way to reach the desired goal and therefore, disregard the opinions of those around them. You are the leader of the 12 signs, and you need to listen to everyone around.

The bulls like to stay grounded and run in the open wild. You hate being tied to someone, and you will run for the hills as a result. It’s your own fear of commitment that brings about the demise of your relationships. Now relationship in this has a real broad meaning it could be personal, professional, materialistic, or anything. You need to set yourself free in order to remove your fear and once you clear this stage nothing can stop you.

Just like dual sim phone is confused, from which sim-card to call. You are forever caught in two minds, and that’s almost everything that plays a pretty big role in you not performing with all your thrusters. You are always stuck in the procedure so the conclusion is never easy, and you are constantly torn between your head and your heart, which gets you into all sorts of trouble. Just change your phone settings to one primary number (either heart or head) and then let it take all the decisions. Sometimes it may seem that you have called the wrong number but let be.

Almost every Cancerian knows this thing but fails to apply in the real world. You have a tendency to give so much to this world and that becomes the reason for your sleepless nights. It’s just that your intentions were too pure for this alloyed world and in the end, you will always feel that you were taken for granted. The only way to correct yourself is to not leave the good things that you do but to leave the people that you loved with your full devotion and still stabbed you in your back.

Dear Leo, I may be harsh but you can’t help it. It’s your selfish nature that really lets you down. You’ll put yourself first time and time again, and although that means you get exactly what you want, you fail to give your family and friends a second thought. Once in a while if you want to keep the peace then perhaps it’s best to put someone else first. Just try being a good giver rather than taking things (human help/materials) with both hands all the time.

Virgo, you are extremely analytical, and that is what makes you great advice-givers. But sometimes you tend to be too rough on the angles of visualization. Although being critically analytical isn’t necessarily a bad thing, you have a habit of being insensitive and not actually, and you end up doing more harm than good to those who really just wanted a little reassurance. Just look at the problems and the person as a whole package and not to go into the very details of it.

Libra you really need to pick a side, making decisions is what you are not doing or delaying. Whether it’s in an argument, or simply choosing between ‘yes’ and ‘no’ or ‘this’ and ‘that’, you find it hard to commit to anything. As a result, you’re seen by others to be deceitful due to your complete inability to take aside. It’s you to think about all the possible outcomes at once but at least take the first step and don’t be afraid of the outcomes.

Just go and tell someone about the things, you are going from, inside your own, on a daily basis. The issue with scorpions is that you find it impossible to let your guard down. You don’t want to show your vulnerability to the world. You are naturally closed-off people, and while you enjoy this mysterious façade, it can be frustrating when your attempts to take your mask off and show your softer side, you eventually fail as no one would believe that it’s the real you. So if you don’t want this to happen make yourself open and available a little bit more.

Ambitious and positive jealousy are extremely useful traits in small doses. But you, my dear Sag have to create the upper limit for these two things. You tend to take it to such an extreme that you will constantly compare yourselves with others. Your prime focus is purely beating those around you and forget your own aim in the process. You can still lie and deny about the ruthless things mentioned above, but sit down and think about this…

Most probably the most hardworking and ambitious of the zodiac. But you have a real tough time thinking outside the box. You are living in such a practical life that sometimes tend to miss those moons and stars kind of things. You are also confident in your own methods, so refuse to try new, creative ideas in preference of your tried and tested tactics. Now, this never meant trying new restaurants but trying different ways of living life. Just try and make your strawberry world in this reality.

Crave to be liked Aquarians

You are someone that loves to be liked by everyone, and it is actually more than fine, it means that you always put yourself last and give others all that you have. You’ll go over and above and then above and beyond for other people, and try your hardest to make sure everyone else is happy. It’s good to be selfless, but you run the risk of neglecting your own needs and sacrificing your dreams if you’re constantly catering to others. These traits are harmful. Never do bad to any person in this world including your own self. You need to find your own perfect balance between selfish or selfless.

Open for all Pisces

You are just too emotional, and all water signs are including cancer and scorpions. But the good thing about them is they will never let down their tough exoskeleton in front of anyone. Whatever happens, never show your weaker side to anyone around you. Suffering in loneliness is always better than crying in front of others. You are just too happy to open up and reveal their most intimate feelings to absolutely anyone, and that’s where you go wrong. Sometimes it’s best to put a filter on your emotions or risk scaring off someone who simply wanted a lighthearted chat rather than an emotional ride.

These were some worst traits of all zodiac signs.

Further, you may like reading about Zodiac Signs in Depression- This is what Triggers their Mind

What is Happiness for you Based on your Star Sign?
Views: 1166

Things To Try In Your Time Alone for Fun According to Zodiac Sign
Views: 1361

WWE Wrestlers as Zodiac Signs- Which One Do You Get?
Views: 4694