Will Ashok Gehlot be Able to Save His Ground in Rajasthan 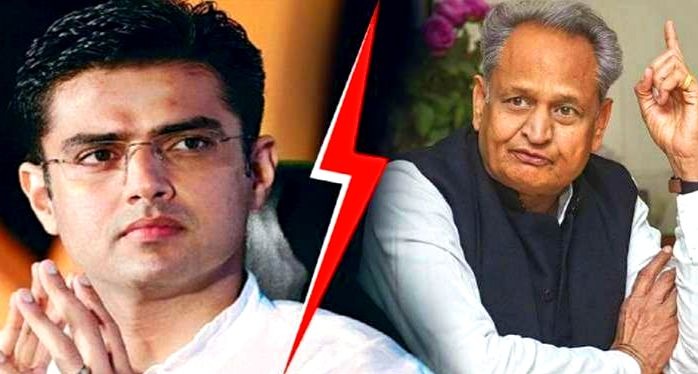 The current weather forecast in Rajasthan is a cloudy one and there are also chances of thunderstorms and a probable rainfall. Not only the weather, but even the political scenario of Rajasthan also seems to be cloudy. The thunderstorm has hit the Congress party hard and has done major damage. Everything was going on well in the state and the camp of Congress until the Deputy Chief Minister of Rajasthan; Sachin Pilot suddenly aroused like an unpredicted tsunami and hit the party hard. The big question now has been, will Ashok Gehlot be able to save his ground in Rajasthan?

The prediction based on astrology has always proven to be noteworthy in politics. May it be the Lok Sabha elections of 2019 or the recent elections that had taken place in Madhya Pradesh and Rajasthan. The planetary motions have played their role in determining the fortune of the candidates. The stars sparkled in favor of Ashok Gehlot when he was chosen for the post of Chief Minister of Rajasthan by the Congress Party.

Born on May 03, 1951, the stalwart politician Gehlot belongs to the Moon sign of Pisces. The politician had a hard time during the year 2012. The stars in his horoscope weren’t moving in favorable positions. As a result, there were some complications regarding the health of the politician. The favorable time in the positions of the stars in the Gehlot’s life occurred during the time of recently conducted elections in Rajasthan.

The senior leader of Rajasthan politics was presented with the post of Chief Minister. The predictions were on high that the chair of the state would be presenting to another efficient leader Sachin Pilot. But as they say, when stars don’t go your way, nothing goes your way!

Sachin Pilot is equally a stronger candidate and is a youth icon of politics. Even after that, the 69-year-old Ashok Gehlot managed to regain the Chief Minister. The stars were in extreme support of the CM of Rajasthan, and even it was the period of Rajyoga for him. Thus, no obstacle came in the way of the chair and Ashok Gehlot, Thus, owing to his hard work and the complementary benefit of the stars in his horoscope; the politician became the Chief Minister of Rajasthan.

Tough Battle To Save The Chair

Everything was going well in the cabinet of Chief Minister Gehlot and in the state of Rajasthan until he came to know that the Deputy CM of the state Sachin Pilot has a different equation. The stars of Gehlot has now again taken a new turn in the month of July 2020. The new position of stars is determining to be threatening for the present Chief Minister of Rajasthan.

The recently sacked Deputy CM Sachin Pilot has been outraged from his post and is on the verge of creating even more political problems on the part of Chief Minister Gehlot. The burning question at present has been, will Ashok Gehlot be able to save his ground in Rajasthan?

The major complication was been expecting in the political life of Gehlot in the year 2020. But little did we knew that the complications would be as major as this wherein he might be forced to get down from the chair of Chief Minister of Rajasthan if his party wouldn’t be able to display their majority. At present, the position of the stars is been on the side where the Ashok Gehlot does not want them to be.

In these hard times, the present serving Chief Minister must take calculated steps and hold his nerves for some time. Wherein it is expected for his stars to return to the favorable positions as they were when he owned the chair of Chief Minister.

Will Ashok Gehlot be able to save his ground in Rajasthan?

The political aspirations of becoming the Chief Minister have been growing strongly in the mind of Sachin Pilot. His stars are returning to the favorable positions and are expecting to be at the peak of favor in the next some days. Thus, it would be interesting to see whose stars favor them the most. Also. most importantly the stars of both the positions will answer to the question; will Ashok Gehlot be able to save his ground in Rajasthan?

Click me to read the next article, Will Joe Biden Win U.S Elections 2020| Horoscope Analysis

Stars of Kim Jong-un- Here's What Makes Him So Powerful
Views: 2887