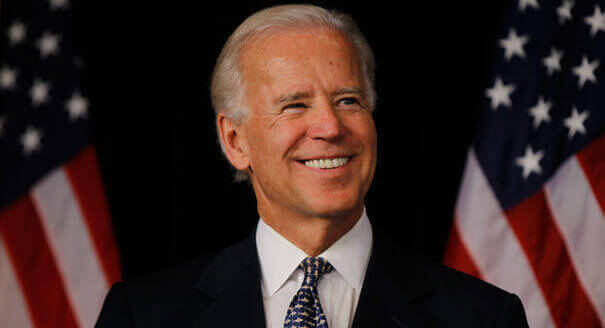 Undoubtedly, the U.S.A is currently the most prominent and powerful country on this planet. Either in terms of economy, military, a development no country is even close to the supreme U.S.A. Now think about the man who is running such a big nation? As we all know Donald Trump is the current President of U.S.A or you can also say he is currently the most powerful man in the world. But governments keep on changing and who knows what will happen in future.

As the U.S. presidential elections are going to take place in November 2020, so everybody is eagerly waiting for the new President to change the fate of U.S. This time it’s going to be Donald Trump VS Joe Baiden. But all the eyes are on Joe Baiden as he is the new face who is going to challenge the mighty Trump in the upcoming elections. And if luck favours him, Trump might have to face the acid test.

Joe Biden is an American politician who served as vice president of the United States of America from 2009-2017. Apart from this, he made his second run for the president of U.S.A in 2008 as a democrat. He is currently the Democratic party who is going to be the candidate in the upcoming elections of 2020. Biden officially announced the candidacy on April 25 2019.

Now let’s have a look at Joe Biden’s Horoscope

It’s quite difficult to analyse the horoscope of Joe Biden as the birth time is not exactly known. According to some sources he was born in the midnight around 12:00 while others assume it is 8:30 A.M. Joe Biden has Sun, Venus, and Mars in Scorpio which is also his Zodiac sign in the ascendent. This planetary position is considered as quite unique and makes him optimistic and fearless. However, his stellium (cluster of planets) is in the 12th house which is hardly found in anyone’s Horoscope.

Scorpio is the water sign ruled by the planet Mars and is more related to emotions. People falling under this sign are more focused and take the things to quiet seriously. However, the four planets in Biden’s Horoscope are in favour of his political life and he might be having a good time in future. Sun values and loves, Venus communication and actions Mars. Also, the placement of the 10th house in Ascendent is a very good sign in terms of success in the profession.

Talking about his Moon which is aspected by Mars represents his strength and strong communication. This combination explains his fighting spirit, his intellectual mind and also makes him a bit emotional too. Moreover, the conjunction of Mars and Mercury in his Horoscope makes his courageous and an excellent strategist. This combination represents that he always thinks one step ahead of his competitors and it also proves a strong Rajayogya too.

Though behind is running through a very good period of Jupiter Mars Dasha. But ceratin conjunctions and retrograde might bring some hurdles for him. Rahu is in the ascendant which is a strong factor that will help him in achieving success. But the retrograde of Jupiter is not at all good for him, he might face financial crisis, relationships problems and even failure in politics during this time. The retrograde Saturn in 7th house is a very difficult position and might create obstacles in his way of winning U.S elections.

In 2020, Biden is going to enter in Rahu Bhukti. This placement of Rahu in his Horoscope might bring major defeats and unexpected loss. The Rahu period of Navmansa brings negative energies and also effects your health. Although there are many positive signs for Biden in 2020 but looking at these negatives, he needs to stay alert otherwise the might slip from his hands.

As the birth time of Joe Biden is not exactly known and there are maximum positives in his Horoscope, so there are chances that he might win the U.S presidential elections 2020. But still, there are certain dates that need to be examined.

In a nutshell, Joe Biden holds an upper hand in the coming elections. According to his Horoscope, he might win the upcoming elections but there are still some crucial situations which he really needs to take care of.

Are you worried about the JOB? Click here we have a solution for you