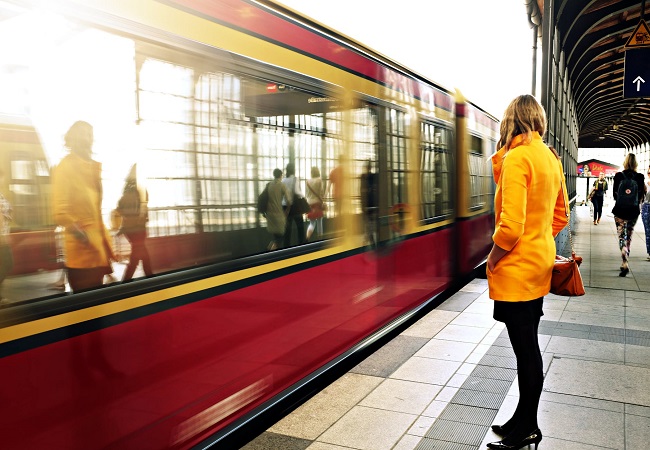 Women free travel initiative in Delhi metro and DTC buses has caused ripples in the society. Aam Aadmi Party (AAP) has further proposed that the initiative will bring a major change in the Indian economy and promote safer travel for women across the city.

Proposing such idea will create a buzz across many cities in India, if the given decision will be proposed in Delhi Metro. Read to know more about how this decision will further impact the Indian economy in distinct ways.

Chief Minister of Delhi stated that the idea of free women travel will be an aid for the most deserving sections of the society. The section includes handicapped people, students and senior citizens.

After elections in India, Aam Aadmi Party (AAP), is the first one to initiative such initiative in the Delhi metro for women. The Delhi Metro has sent a report on the same to the AAP Government.

Delhi Metro Rail Corporation (DMRC) has referred to an annual necessity of ₹1,566 crore to finance the fare exception. In its report, the Delhi Metro gave two choices for the further functioning of the verdict.

However, the officials are waiting to seek approval from the fair-fixation council. Some of the sources claim that after this proposal comes into effect. Women travelling will increase by 50%.

AAP government proposed the idea of providing free cluster buses to women in the city on the auspicious occasion of “Bhai Dooj”. The service will be functional from 29th October, 2019.

Later after announcing his plans of providing free metro and bus rides to women in India. He stated the idea of initiating free cluster buses for women. Arvind Kejriwal, announced his decision of the same at the Delhi government’s Independence Day event at Chhatrasal Stadium.

Arvind Kejriwal further stated that the cost for the whole programme will be around Rs.700 crore. Transport Department Officials stated the idea as a feasible one.

Whilst a challenging one for the Delhi metro. On the special occasion of Raksha Bandhan, i.e., 15th August,2019,  Arvind Kejriwal, announced the initiative of women travel in cluster buses to give a special gift to all the sisters.

In a developing city like Delhi, there are still a section of the society where women cannot typically afford public modes of transport. Still there lie some, who cannot purchase a ticket or a token for travel.

However, the decision got several mixed reactions from the public. Some lay in support whilst others opposed the verdict.

The positive ones include the recent fare hike has shifted the women travelers in the city to adapt unsafe public transports. This include ride-sharing, private buses, and even walking alone on streets at times to the unsafe zones or the dim-light or remote areas.

Manoj Tiwari, BJP chief called off this proposal as an impractical one. And the chief minister had made an illogical and botched up decision.

Elattuvalapil Sreedharan, an Indian civil engineer, also known as the “Metro Man”. He is massively known for his contribution for setting up the Delhi Metro.  He recently opposed the idea and urged Prime Minister of India, Narendra Modi to reject Arvind Kejriwal’s Proposal for free women travel in Delhi Metro.

E Sreedharan further stated that “If Delhi government is so keen to help woman commuters, I suggest it can pay directly to the woman commuters the cost of their travel rather than make travel free on Delhi Metro”.

He addressed this idea with the aim to enable women travelers in Delhi to choose their mode of travel. According to him such verdict may push the Delhi Metro Rail Corporation Limited (DMRC) into bankruptcy and inefficiency.

The free travel women initiative will further invoke huge revenue losses. Due to full concern provided to women in the city.

According to our Astrologer Lovenish Sharma, as per the horoscope of Arvind Kejriwal honorable chief minister Delhi. His ascendant is Taurus and the Saturn in his chart is in debilitation, so being a debilitated Saturn (Karm Karaka) his action/karma are not getting a good and positive response.

His Jupiter (Jeeva Karaka) is in the sign of Sun indicating there are qualities of Sun in his attitude. Providing him with potential tendencies from those around. Reason being him giving out controversial statements.

His charts suggest there is an exchange of Mars and Moon. So after the exchange the Combinations are Saturn+Mars and Moon + Jupiter.

Because of this exchange Saturn gets the energy of mars and become more powerful. With the result he gets support from Bureaucrats and other officials who are significantly run the government.

Further, he always wants to get attention of people but with his actions and efforts are not appreciated by the people most of the time. He declared unprecedented planned to offer a free ride in  Delhi metro for all women.

This is in the backdrop of very discouraging performance in 2019 in General Elections.  Now he is again planning to start completely free rides in Delhi Transport Buses from 29 Oct 2019 in Bhai Dooj.

According to his charts, the current transit is not in his favor. The transiting Ketu is afflicted his Saturn and Jupiter. Due to this his efforts for the public would not be appreciated.

Hence, people will eventually get to know  that these types of activities are nothing but political stunts only to get the vote from the public. Thereby, this step would not appear to be in a positive way.

Consult the best Astrologers of India to know about your sign and planetary position and how they affect you.

Mercury Opposite Sun Transit: A Rare One
Views: 3429