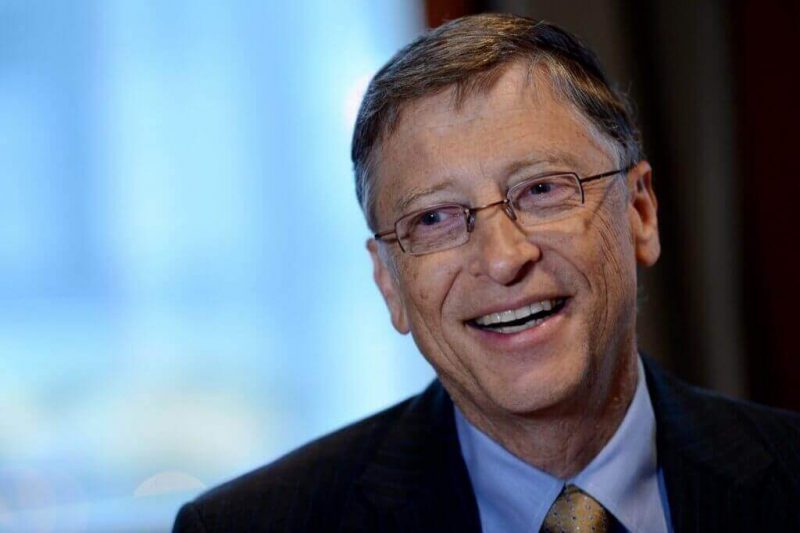 William Henry Gates or Bill Gates is an American Business tycoon, software developer, investor, and philanthropist. He is among the world’s richest men with a net worth of more than 11,040 crores USD. However, he is best known as the co-founder and chairman of one of the world’s leading organizations “Microsoft”. Apart from this, he is a motivational speaker, YouTuber and one of the best entrepreneurs of the 21st century.

Gates led the foundation of Microsoft with his business partner Paul Allen in 1975. At that time, it was the world’s largest personal computer software company. In 2014, Gates finally announced to step down as the Microsoft Chairman to focus more on his charitable organization “Bill and Melinda Gates Foundation“.

Later in his career and since leaving day-to-day operations at Microsoft in, Gates pursued a number of philanthropic endeavours. In 2009, he founded the organization “The giving Pledge” that aimed to saves lives and improve global health by donating some part of his wealth in philanthropy.

From 1995- 2017, he was entitled as the top richest man in the world by Forbes magazine. However, In 2017, Amazon founder Jeff Bezos took over him as the wealthiest person in the world with a net worth of more than 110 billion the U.S.D.

Planetary Combinations in His Horoscope

Bill Gates was born at a very auspicious and lucky time. It was the time of thirteen waxing Moon “Uttarabhadrapada” which directs the blessings of Lord Shiva who is the God in charge of removing karma. According to Vedic Astrology, people born during the time of the thirteenth moon are likely to remove the suffering of the people. These people donate much in charity rather than spending on themselves. Like Siva, Bill Gates donates more than half of his income to charity. This creates a great combination of planets in his horoscope.

Want to know about the Horoscope of Deepika Padukone. Click here

In the Horoscope of Bill Gates, the Lagna lord Moon is placed is in the 9th house which is a very auspicious house and is rarely found in anybody’s birth chart. However, the placement of Jupiter in the 2nd house and Mercury in the 3rd lord forms a great Rajayogya with 10th Lord Mars. Apart from this, the placement of Venus and Saturn in 4th Lord Venus makes it even more powerful raja yoga for him. All these things indicate that he will never face any difficulty in terms of his financial and economic life.

The functional malefic planets in his horoscope are Rahu and Ketu. The benefic planets are the Sun, Moon, Mars, Mercury, Jupiter, Venus, and Saturn. Mercury is well placed in his 4th house which is a good sign in terms of his family, mother, education, mental peace, etc. Moreover, the placement of Jupiter in the third house is a very good sign if we talk about his marriage, relationships, partnerships, etc.

Bill Gates is born with the Gemini Ascendant and Mercury is placed with the fourth house with Mars. However, Mars, the lord of the eleventh house of income is placed in the fourth house. It displays that he has a very good financial status, global success, leadership qualities, property success, etc. Moreover, Mercury and Mars in the 4th house make him an enthusiastic, bold, quick thinker and also rules over his communication. In fact, his motivational power to convince anybody is all controlled by mercury and Mars.

Bill Gates Moon sign is Pisces which makes him quite sensitive, intuitive but sometimes a bit logical and competitive too. Furthermore, the tenth house is also closely blessed by Mercury, the planet of business, communication, and, as lord of the fourth house, fixed assets. Overall, his moon sign Pisces works pretty well for him in dealing with any sort of situation. However, during the early stage of his life from 1983-2003, the Mahadasha of Venus played a very vital role in strengthening his planetary positions.

Talking about Rahu and Ketu which are Malefic in his Navamsa chart, indicates unexpected ups and downs relative to income, investments, and good fortune when transiting malefic afflict these planets in the natal chart. Moreover, Ketu when affiliates with Mercury brings losses and disturbances and also problems in mental state and health up to some extent.

According to Bill Gates Horoscope 2020, he is going through the period of Mercury ran from December 11, 2019, to December 22, 2020. During this period he might face some face financial trouble or even may go into debt also. However, the close conjunction of fifth and ninth lords in the fifth house makes him visionary, a strong mental state and accomplish any pending projects or tasks in 2020.

In terms of relation and family matters, it’s going to be a very good year for him. He will receive full support from his family in any situation either good or bad. However, in terms of health, he needs to stay very alert this year. The health of his family members might create some problems as well. In short, 2020 is going to be much like a rollercoaster ride for him where he will face both good and bad times.

These were some of the major details regarding Bill Gates Horoscope. Also, you may like to read about: National Girl Child Day 2020-The reality of A Girl Child in India